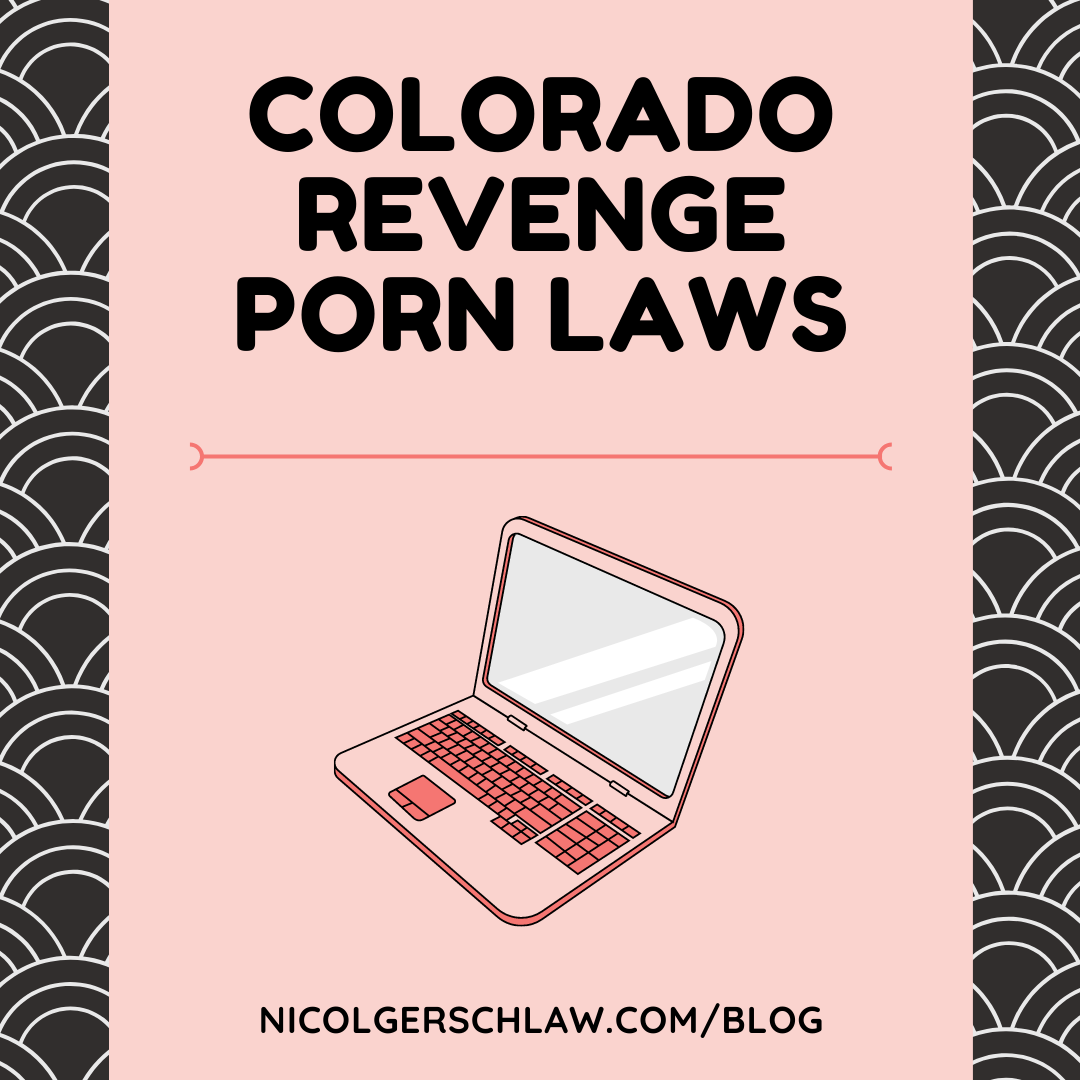 House Bill 14-1378 makes it a crime for a person, age 18 or older, to post or distribute photos of the intimate parts of another identifiable person age 18 or older, without the depicted person’s consent. This law also relies on the assumption that the depicted person communicated to the actor an expectation that the image would remain private, and that the posting of distribution of the image caused serious emotional distress. This law includes posting a private image with the intent of harassment, and posting with the intent of financial gain.

The crime is a class one misdemeanor and comes with a fine of at least $10,000. If applicable, there is also often an order to remove the photo from the internet.  Along with violating this law, victims may also take civil action under claims of invasion of privacy, defamation, or negligence.

There were some exceptions to this law, but many were resolved in 2018, when lawmakers wanted to close loopholes. These changes occurred in HB 18-1264.

The first loophole is that the law did not originally apply to someone who is clothed, even if they are engaged in a sexual act. The new 2018 law includes images of sexual acts, including but not limited to those involving nudity.  Additionally, the changes removed the requirement that the posting of the image had to cause the victim serious emotional distress.

Another exception written in the 2014 law, is that the posting of a private image is not an offense if the image or video is related to a newsworthy event. The law defines a “newsworthy event” as a matter of public interest or concern. It may also be a “newsworthy event” if the public figure is intimately involved in the resolution of important public questions, or by reason of their fame shape events in areas of concern to society.  Looking to the law, we aren’t really sure what nude photos would actually constitute being of public interest or concern, or that public figures still wouldn’t be protected under this law.  The 2018 changes remove this exception.

Difficulties For The Victim

There are many difficulties the victim may face. It can be difficult to prove who posted the photo especially if the photo was shared with multiple parties.  Another hardship is that there is no guaranteed anonymity in reporting the crime or filing a lawsuit, such as the case for sexual assault victims. This can discourage the victim from taking legal action. Or if they do take legal action, this can add on to the embarrassment and negative emotions they may already be feeling.

If you are convicted of violating these statutes, 18-7-107 C.R.S. (for harassment), or 18-7-108 (for financial gain), you may seal your conviction if you meet certain conditions. These conditions include completing your sentence, including payment of the fine, and having not been convicted of another offense for at least 5 years after your sentence.

If you have done both of the things mentioned earlier–signed a letter and paid us–then, and only then, you might be a client. But merely chatting with us online does not a client make. Suffice it to say, if you aren’t absolutely certain about whether or not an attorney-client relationship exists between yourself and COLawTeam, you should probably ask for some clarity. Until then, we’ll keep your secrets but we don’t formally represent you… YET.