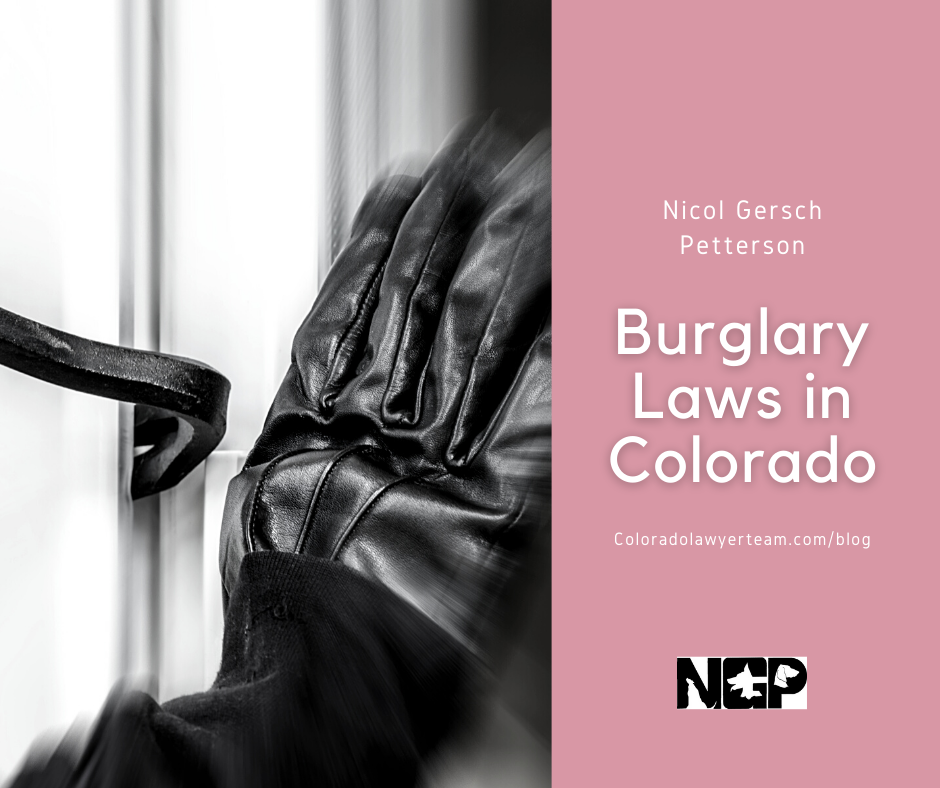 In Colorado, the felony crime of “burglary” occurs when someone knowingly enters or unlawfully remains on another person’s property with the intent to commit a crime (excluding trespass). Depending on the type of property involved and the level of danger to anyone else inside the property, burglary will be classified as either first, second, or third-degree burglary.

The most serious form of burglary is first-degree burglary. Burglary laws in Colorado define this crime as knowingly entering another’s property with the intent to commit a crime and assaulting or menacing a person or using (or having and threatening to use) a deadline weapon in the process.

The next most serious crime of burglary under burglary laws in Colorado is second-degree burglary. This crime occurs when a person knowingly breaks an entrance into (or unlawfully remains inside after lawful or unlawful entry) a building or occupied structure with the intent to commit a crime against another person or property while inside. This crime can be either a class 4 felony or a class 3 felony depending on whether the building entered is a dwelling or the object of the burglary is a controlled substance or include firearms or ammunition.

The least serious felony crime of burglary under burglary laws in Colorado is third-degree burglary. This crime is committed when a person enters or breaks into any vault, safe, cash register, coin vending machine, product dispenser, money depository, safety deposit box, coin telephone, coin box or other similar equipment (even if not coin operated). This crime is typically a class 5 felony. However, it is a class 4 felony if it involves the theft of a controlled substance.

Penalties Under Burglary Laws in Colorado

Defenses for Crimes Committed Under Burglary Laws in Colorado

If you are facing a burglary charge in Colorado, an experienced criminal defense attorney can help you present defenses that apply to your case. Some of the possible defenses you could assert, depending on the specific type of burglary you’re charged with, include:

Given the very serious penalties for crimes committed under burglary laws in Colorado, a skilled criminal defense attorney can help you try to get the charges dismissed or at least reduced.