Assault involves unlawful contact with another person and is often regarded as a crime of violence. Colorado assault charges and defenses vary depending on the degree of the crime charged, the circumstances, and extent of injuries suffered. Of course, assault charges can result in substantial penalties, so a strong defense to these charges is needed. 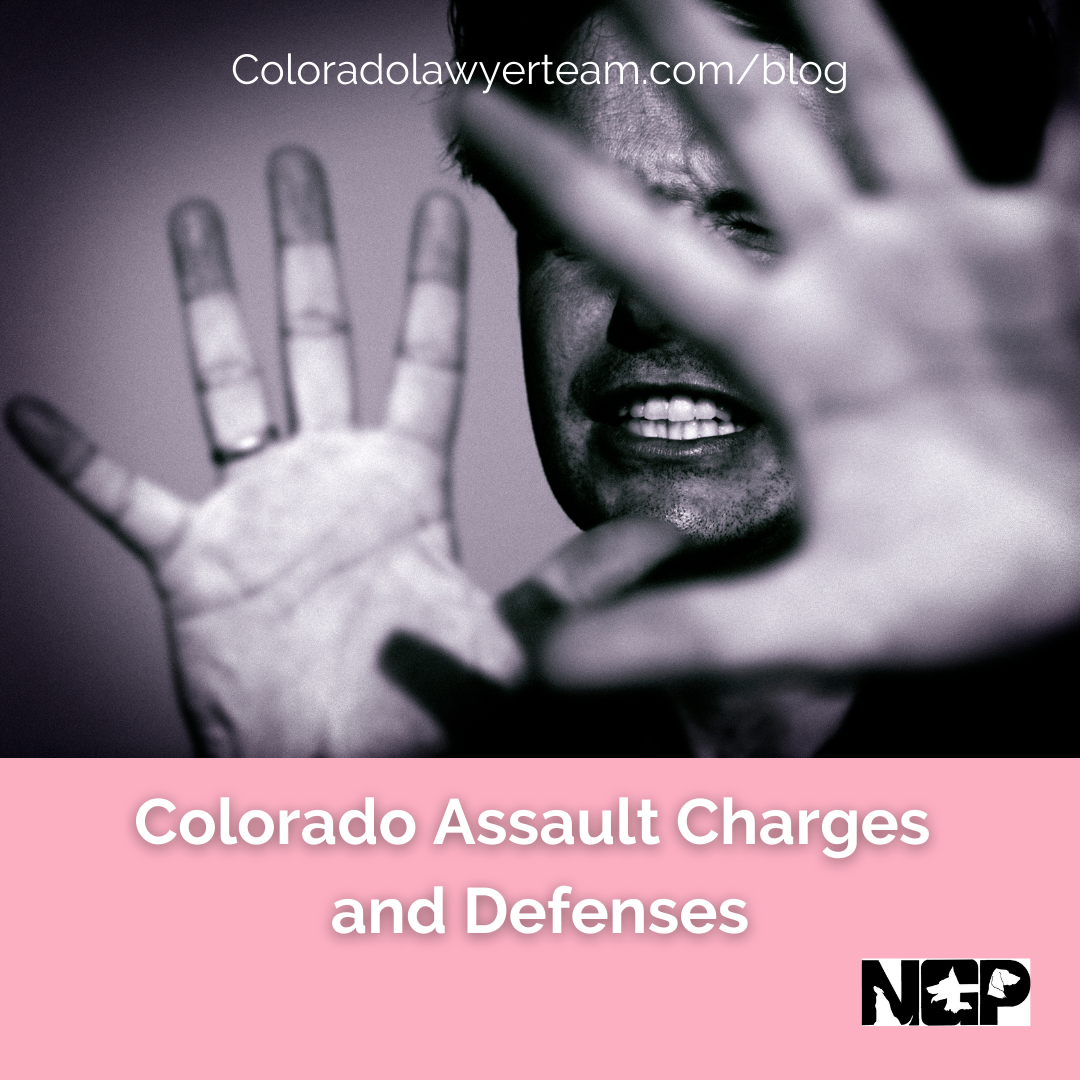 Under Colorado law, assault occurs when a person causes injury to another person. Colorado assault charges may be either misdemeanors or felonies depending on the degree of the crime. There are three possible degrees of assault.

Second degree assault most often involves a person intentionally or recklessly causing bodily injury to another person using a deadly weapon or purposely causing physical harm to people engaged in certain lawful duties, such as peace officers, firefighters, and emergency services workers. Second degree assault is charged as a Class 3, 4 or 6 felony depending on the circumstances. A Class 4 felony assault generally carries a penalty of 2 to 6 years in prison and/or a fine between $2000 and $500,000. A Class 6 felony typically carries 1 year to 18 months’ prison time and/or a fine of $1000 to $100,000.

Third degree assault is the least serious of Colorado assault crimes. This crime of assault involves the negligent injury of another person by the use of a deadly weapon. Charged as a Class 1 misdemeanor, 3rd degree assault carries 6 to 24 months’ jail time and/or a fine of $500 to $5000.

There are a number of defenses that may apply when facing assault charges in Colorado. A common defense to assault charges alleging intentional conduct is to assert that any physical contact or resulting injury was accidental rather than intentional. If such a defense is successful, the resulting crime may be reduced.

Another common defense is that the person charged with assault had been acting in self-defense at the time of the incident. In Colorado, the law generally enables people to defend themselves with physical force if two primary conditions exist. First, the person must reasonably believe the use of force is necessary to protect against imminent harm. Second, the person who reasonably believes force is necessary to protect themselves against imminent harm must only use the degree of force appropriate for the circumstances. This means that if someone steps onto your property and threatens you but is unarmed, it would be inappropriate to start shooting him or her with a gun in self-defense. Self-defense can be a useful argument but can be complicated due to the fact that more than one person and sets of behaviors are involved. To read more, check out our prior post Defending Assault as Self-Defense is Never Simple.

Finally, a third common defense to fight assault charges involves arguing that the defendant was falsely accused of the crime. This defense generally requires facts to substantiate that the individual charged with the crime of assault in no way participated in the offense. For instance, a case of mistaken identity.

Given the potential for significant jail or prison time and fines for a conviction of assault in Colorado, it is critical to contact an experienced criminal defense attorney as soon as possible. An attorney can provide you with essential legal guidance and help develop an appropriate defense strategy for your criminal case.