A Treatment-Based Alternative to Incarceration

The United States has the highest incarceration rate in the world, with approximately 2.3 million behind bars. This alarming statistic stems from many systematic and cultural factors. One of the most significant contributors is alcohol and drug use. Substance abuse is at the root of 21% of all crimes, and more than half of the state prison population report drug abuse or dependence, compared to just 5% of the general adult population. One of the most highly regarded solutions to this problem is the operation of Drug Courts.  These are specific courts which aim to address substance abuse, and offer long-term drug treatment and court supervision as opposed to incarceration. They are known to be beneficial to participants, de-populate jails, and are even cost effective. 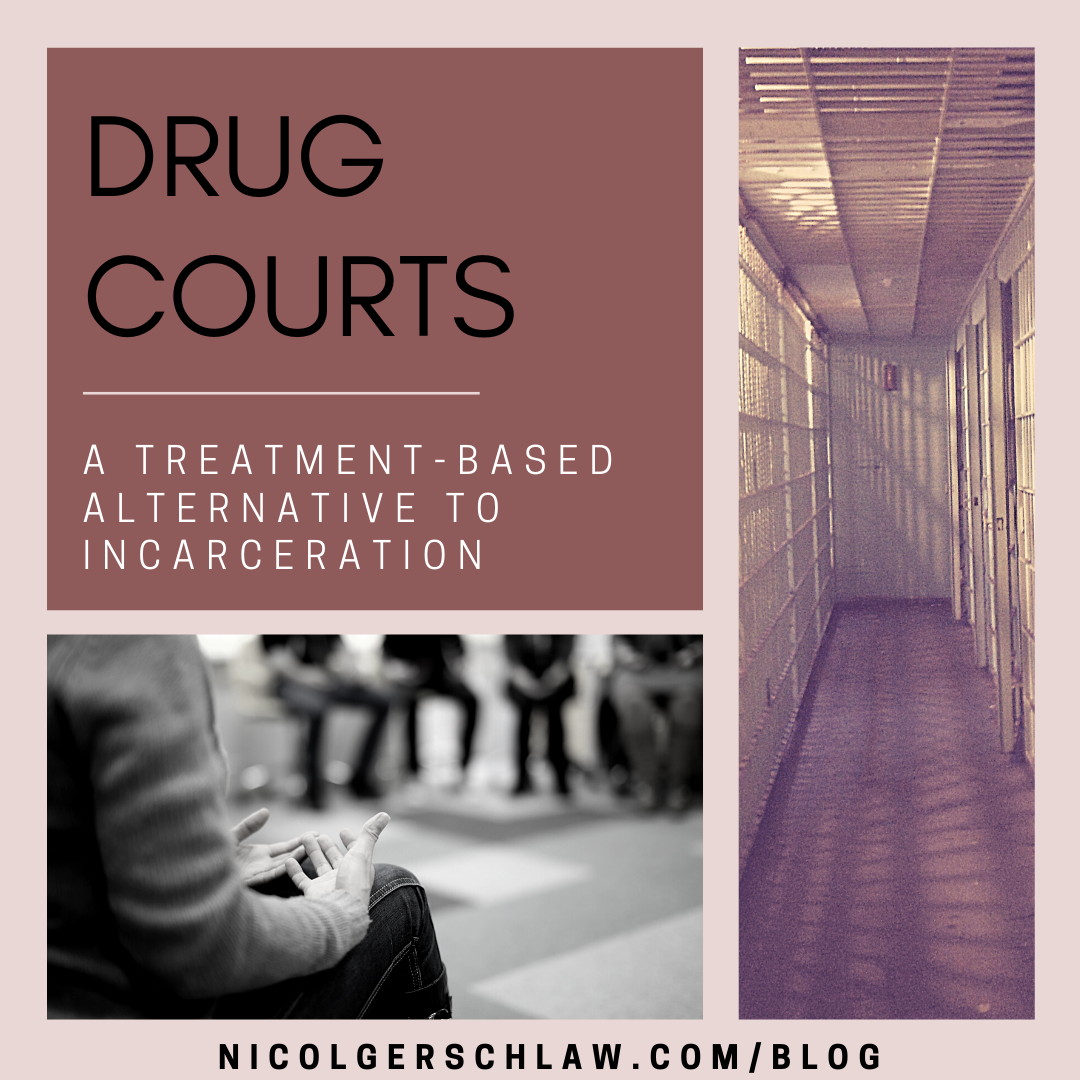 How Do Drug Courts Work?

Drug courts are for defendants with substance abuse disorders. The goal of these courts is to focus on treatment rather than incarceration. However, the program is intensive and has high expectations of participants. The program requires participants to maintain recovery, take on additional responsibilities, and work towards significant lifestyle changes. Progress within the program is intensely monitored, and the court can either reward participants for positive progress, or impose sanctions for failure to meet requirements. Possible rewards include reduced community service, reduced drug/alcohol testing, or permission to travel. Possible sanctions include returning to an earlier phase of the program, additional community service, additional drug/alcohol monitoring, and increased mental health treatment or self help meetings.

Drug courts are held in high regard by those in the criminal justice system, and by many participants. They have shown to be effective, and reduce the risk a participant will be arrested again. Drug courts are known to be more effective than incarceration, probation, and treatment alone. They are also cost-beneficial, with an average public savings of $6,744 per participant, on average. Participants also generally favor drug court, as treatment is beneficial and often long-lasting, in comparison to incarceration. Another bonus for participants is that drug courts will often fund part of the cost of treatment, which can reduce financial barriers. The La Plata County Drug Court in Colorado funds nearly 50% of the cost of treatment and substance monitoring. This county also experiences a 73% overall graduation rate.

Who Qualifies for Drug Courts?

Drug courts are for people who are charged with criminal offenses, experience serious substance abuse disorders, and are likely to re-offend if the disorder is not treated. There are two common ways for offenders to enter a drug court.

The first method is when defendants who are eligible and diverted in to a drug court from traditional court proceedings before pleading to a charge. This is often called pre-trial or deferred prosecution. The second method is when defendants who are eligible plead guilty to their charges, and their sentences are deferred while they participate in the drug court program. This is called post-adjudication.

In Colorado, offenders may also be referred in to the program by their attorney. The court will determine treatment needs and the willingness of the candidate to participate in order to determine eligibility. Once accepted, the treatment begins immediately.

Overall, the criminal justice system is not known to be forgiving. However, Drug Courts are a positive introduction to the system which benefits everyone involved. They are effective, cost-efficient, and produce long term success. If you believe you or someone you know is a potential candidate for a drug court, it is worth looking in to drug court availability in your county and discussing the option with a criminal defense lawyer.

If you have questions about drug court eligibility, or need other legal help, consider reaching out to Colorado Lawyer Team for a free 30-minute consultation.