Got a DUI While Parked? Let Colorado Lawyer Team Help!

How You Can Be Arrested for DUI While Parked

Let’s say as you are leaving the bar, you realize you had more to drink than you intended to. You decide that you might as well sleep in your car for a while to avoid driving accidents or a DUI. Or maybe you ask a friend to pick you up, but wait in your car to stay warm. You may think you’re making the responsible decision, but in reality, you could still get a DUI while parked in your vehicle, even while sleeping, and even on private property. As ridiculous as it sounds, it’s the law in Colorado and many other states. 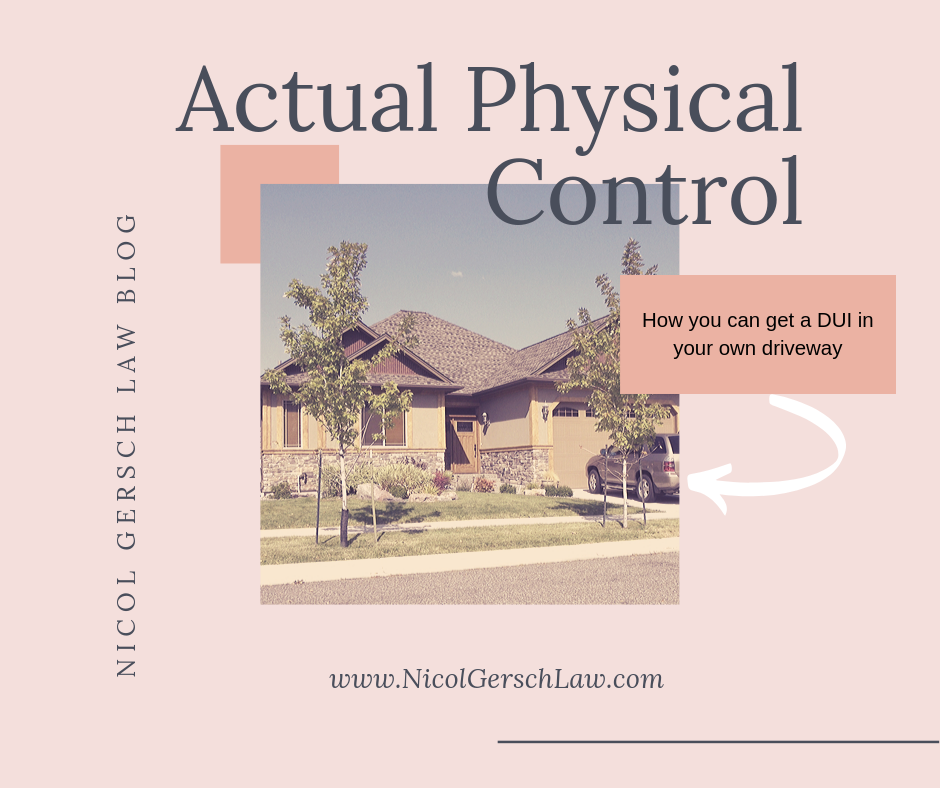 What does an officer look for?

It is possible to get a DUI while parked because of a legal concept known as “actual physical control.” It refers to having the ability to drive the vehicle, even if it is not being driven at that time. Basically, if you were sitting in the driver’s seat but had no intention of actually driving, you could still get a DUI while parked for having the capability of driving at that time. Whether you will be convicted is decided completely by the circumstances of your case, but officers will look for certain factors such as where the vehicle is found, where you are seated in the vehicle, where the keys are, and whether or not the vehicle was running. The rules apply in parking lots, roadways, and even on private land.

If the vehicle was found on the side of the road, or even your own driveway, it is more likely you will be arrested for a DUI as opposed to the bar parking lot (but the latter happens plenty, as well!). This is because the officer knows you had to get there somehow and assumes you drove the vehicle intoxicated to get to your destination. Most people don’t drink alone in their cars without the intention of moving the vehicle.

Even while parked, you could get arrested if you are in the driver’s seat, and/or have the keys in the ignition or easily accessible (such as in your pocket).  Where the keys are is sometimes the critical question, especially in the era of push-button ignitions. Keeping your keys close shows intent to drive, which is why the officer will usually always ask where your keys are. Worse yet, if the car is running – even if your intention is just to play music or blast the heater – you are even more likely to be arrested. All of these factors can be considered when determining if you were in actual physical control of the vehicle, and, taken together, they can be enough to get you a DUI while parked.

Can I still get a DUI while parked if my vehicle is inoperable?

This is probably the only sure-fire way to get out of a DUI while parked. If your intoxication is not the reason for an accident (i.e. your car is damaged beyond repair because you hit a light pole while drunk or high), and your car is truly incapable of being driven, then you are in the clear.  These cases involving DUI while parked in an inoperable vehicle are few and far between, though.  Most of the time, a car needs to be on blocks before the cops think it’s inoperable.  So… if you’ve got an old junker in your front yard, better to sleep it off inside that car than the one parked in the driveway.

What if I’m in my own garage?

In some situations, you may find yourself pulling into your garage before the police can contact you.  You may think yourself safe.  You would likely be wrong.  Although the police have to take greater care to enter a private residence–which includes the garage–there are usually exceptions to the 4th Amendment’s restrictions on unreasonable search and seizure if they have probable cause to suspect a crime has been committed.  Usually, probable cause is not enough alone to enter the garage, but police often get creative and make arguments involving “exigent circumstances” or “hot pursuit” to justify contacting someone in their garage.  The moral of the story here, though, is that if you’re destined to sleep it off in your car, it’s better in the garage (out of public view) than on the driveway!

How should I avoid a DUI while parked when I have no intent to drive?

The best way to avoid a DUI while parked is quite simply to avoid being in your vehicle while intoxicated. Always make sure you have a designated driver, or use an Uber or Lyft to ride home. If you must be in your vehicle, it is best to avoid the driver seat and keep the keys far away from the ignition. Leave the keys with the bartender inside until you’ve sobered up enough to drive, and give yourself plenty of time to sober up–at least as long as it took you to get intoxicated.  Leave the keys in a bag in the locked trunk while you sleep in the backseat if you must.

The idea of getting a DUI while parked sounds ridiculous, but it’s no joke. And the consequences of a DUI are seeming endless… for more information about what to expect while facing a DUI charge read our blog post here. If you need legal assistance, consider reaching out to Colorado Lawyer Team for a free 30-minute consultation. Find more information at https://colawteam.com.

IMPORTANT DISCLAIMER: This blog post does not create an attorney-client relationship. It’s a blog post and not legal advice. Each case is different, and this post is meant for generalized knowledge, only. If you haven’t signed an engagement letter (or even received an engagement letter) AND issued some form of payment (peanuts do not count), then no attorney-client relationship exists. Nevertheless, we will do our best to ensure your confidentiality should you choose to contact us privately, but do not post about your case in the comments here (because reaching out for help with your case should be confidential, damn it).
If you have done both of the things mentioned earlier–signed a letter and paid us–then, and only then, you might be a client. But merely chatting with us online does not a client make. Suffice it to say, if you aren’t absolutely certain about whether or not an attorney-client relationship exists between yourself and the firm, you should probably ask for some clarity. Until then, we’ll keep your secrets but we don’t formally represent you… YET.