We’ve written about domestic violence plenty of times before, but it’s a topic so messy we can never fully cover it in one blog post! Domestic violence cases are often very tricky and not clear-cut. In our experience, they are rarely the one-sided, non-provoked, repeated physical violence that many of us think of as a “typical” DV situation. Here at Colorado Lawyer Team, we’ve dealt with plenty of cases where we’ve represented the accused or the victim.  Oftentimes, the person accused of a crime can also be a victim as well!  During these uncertain times, couples are spending unusually long amounts of time together with added stressors such as children and finances.  Arguments can lead to physical violence, verbal harassment, financial abuse, or even stalking. 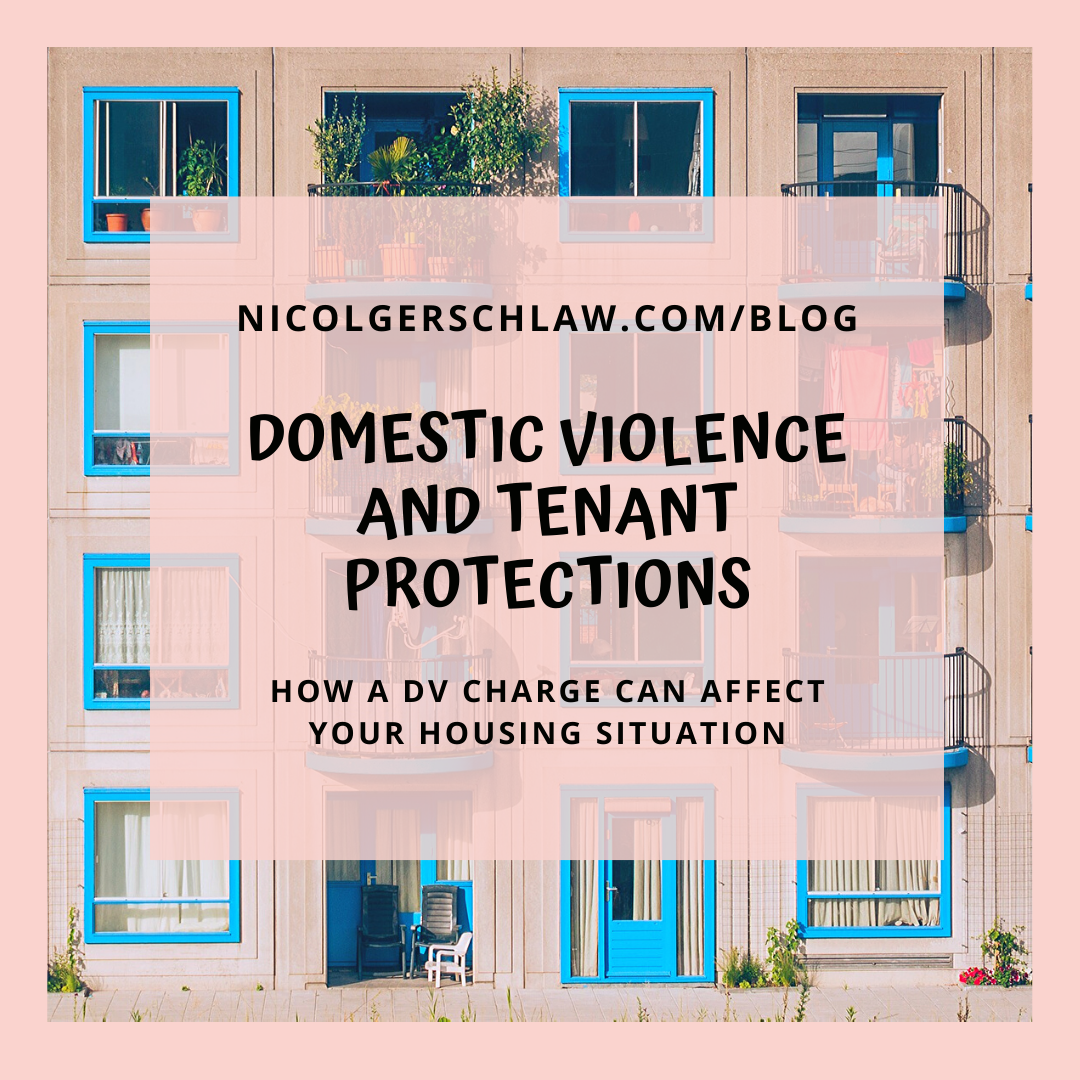 To learn more about what domestic violence is, see our blog post Understanding Domestic Violence. We also believe it is possible for an otherwise healthy, happy couple to end up with DV legal issues due to Colorado’s mandatory arrest law, which we’ve written about in our Unintended Domestic Violence post. Overall, plenty of situations can be considered domestic violence if it takes place between a couple. These include “minor” offenses such as accidentally breaking objects during an argument. What’s more are the unintended consequences a domestic violence charge or worse yet, conviction, can have.  Some of the most common are child custody proceedings, job applications, and housing.

Many states, including Colorado, extend special protections to tenants who are victims of domestic violence. One of the most significant protections is the ability for victims to terminate a lease early. This is allowable if the victim wants to terminate the lease because of the danger of domestic abuse, notifies their landlord in writing, and gives their landlord one of these documents:

If a victim chooses to terminate the lease early, they will have to pay one month’s rent for the month after they leave the residence. Other protections include:

The above protections are a great start to help victims of domestic violence. However, these protections do not prohibit landlords from evicting victims who can not pay rent. Often in domestic violence situations, the abuser will control finances and leave the victim without means to pay rent themselves. Another complication is that often in these situations, as discussed above, the victim/abuser dynamic is not always clear cut. It is entirely possible for a victim to end up with a DV charge as well. And these tenant protections are not situational, and still apply when DV charges were accidental or unintended. Overall, domestic violence charges and the resulting aftermath can be incredibly messy. If you are facing legal troubles, remember that having an experienced criminal defense attorney represent you can have a significant effect on the outcome of your case.

If you are in need of legal help, consider reaching out to Colorado Lawyer Team for a free 30-minute consultation. Find more information at https://NicolGerschLaw.Com or call 970.670.0378.