In our last post in our series on restitution, we’ll discuss restitution hearings and procedures. What should you expect? What will happen during the hearing? Continue reading to find out. 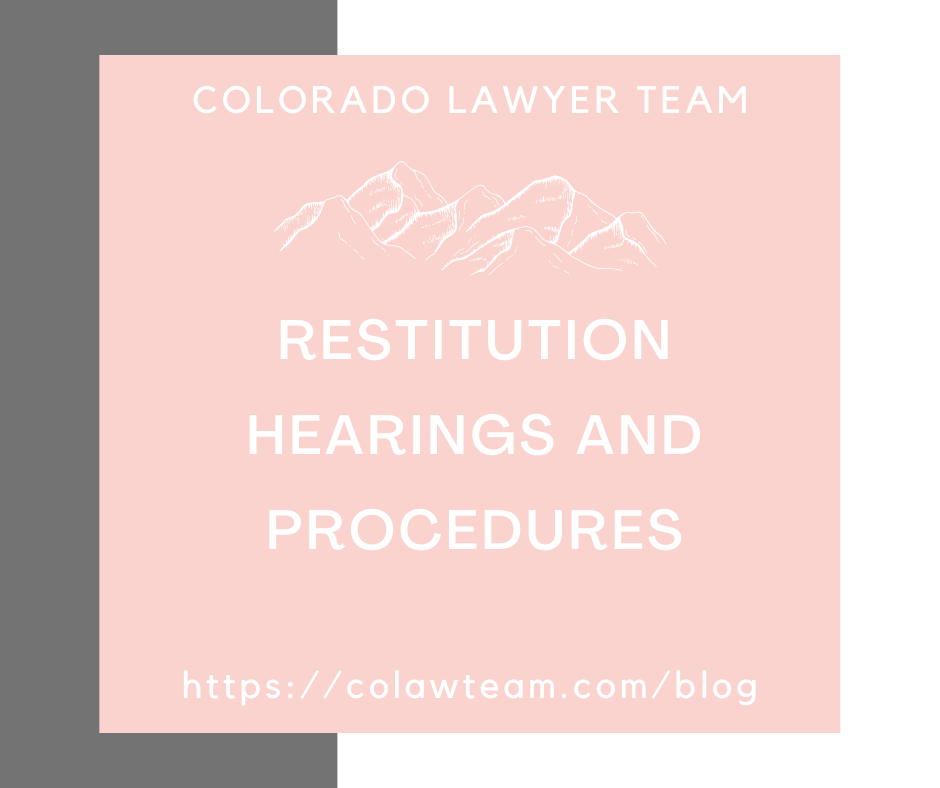 First, What is Restitution?

In case you haven’t read our other blog posts in our series on restitution, here’s a brief introduction on what restitution is:

It’s worth noting that restitution can be involved in both criminal and civil cases. In civil law, it’s designed to help the plaintiff recover damages that are “…based on the defendant’s gain rather than the plaintiff’s loss.” In criminal law, the amount paid by a criminal is either full or partial and is ordered as part of a sentence or probation.

If you want to know more, check out our blog post, “What is Restitution?”.

At sentencing, the Court must address the issue of restitution. Oftentimes, a victim seeking criminal restitution claims a particular dollar amount in a form called a “Victim Impact Statement.” The claim for a pecuniary loss may be supported by documentation such as services or goods invoices, medical bills, business, or bank records. Absent such records, a victim can still make a claim based on believed or perceived losses.

You can see Colorado State’s Victim Impact Statement on the Colorado DOC website. The form will ask for basic information like the victim’s name, the inmate’s name, and the inmate’s DOC# if available. Then it will ask you for the victim’s impact statement which you will fill out documenting those losses from the criminal conduct.

Any loss that has been offset, either through a third-party payment such as an insurance company, or previously made reimbursements can be argued by the defendant as a basis for a reduction in the amount of restitution claimed. At that point, the burden is on the defendant to prove the dollar amount of the offset.

Ultimately, restitution can be a complex yet beneficial process. It can be used for victims, in civil and criminal court, and has different aspects like restitution waivers, timelines, hearings, and procedures. It’s important to contact an attorney, like here at the Colorado Lawyer Team, if you’re unsure how to begin or where to go in your case. Even though it’s complicated, it can help address out of pocket costs created by the conduct of someone else.

Interested in our other posts in our restitution series? Check them out here!