Know Your Rights When Dealing with Police – Part One

Most of us have experienced that stressful, uncomfortable feeling associated with being pulled over by police. It’s intimidating even when we believe we’ve done nothing wrong! Of course, recent years have only added to this stress as we’ve become increasingly aware of police brutality. It’s really important to understand your rights when dealing with police so you can protect yourself. And if you end up with a criminal case, the choices you make when interacting with police can significantly impact your case. In this post, we’ll look at some basic dos and don’ts when interacting with police. 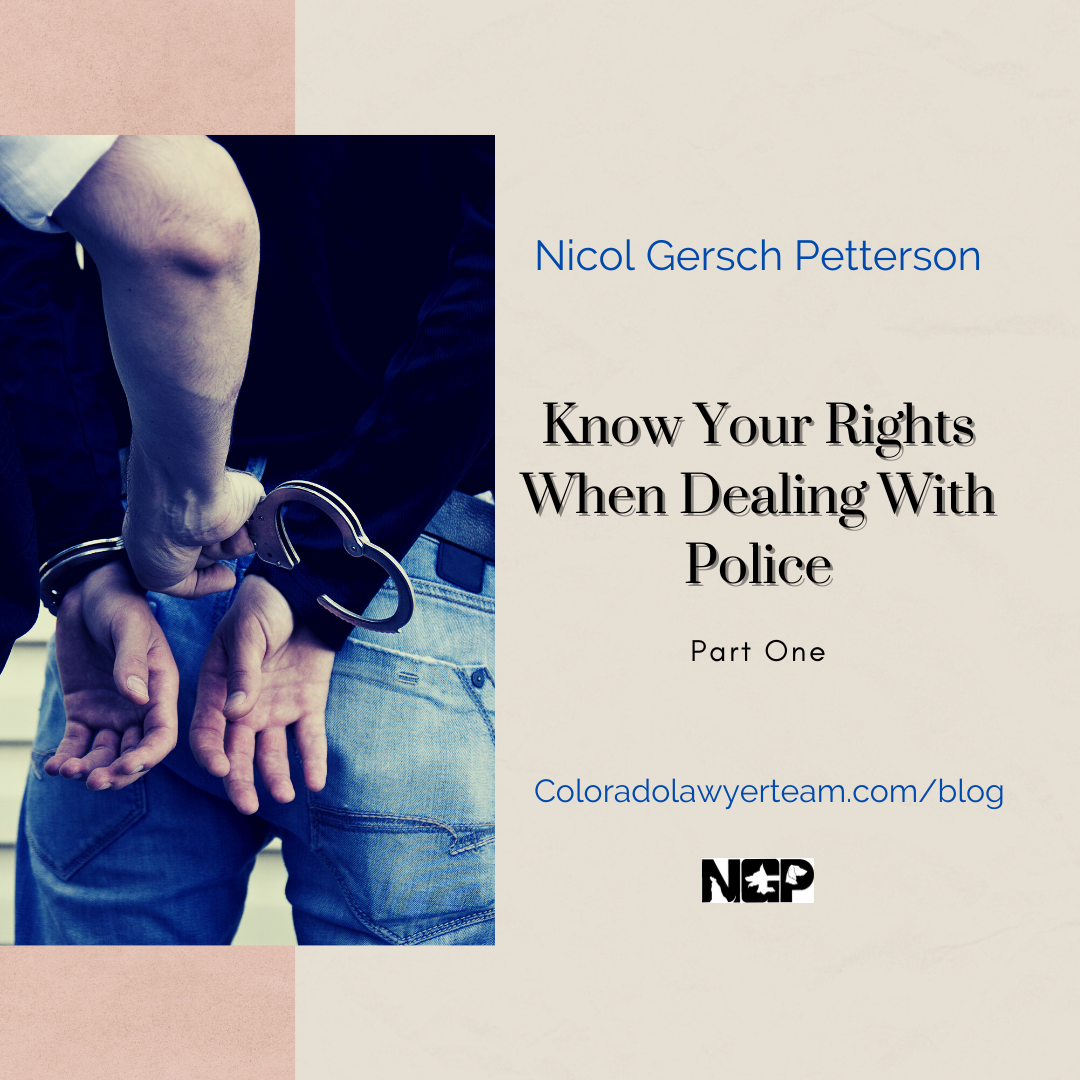 Some Dos When Dealing with Police

The most important thing you can do when dealing with police is to remain calm and as polite as possible. When you’re in control of your language – both verbal language and body language – as well as your tone of voice, you can help steer the situation positively. Police officers can react negatively to behavior that’s perceived as being rude or hostile. Such situations can escalate quickly and become dangerous. You go a long way to ensuring your safety when you remain calm and polite, even when you don’t feel respected in return. Just do it.

If you’re being pulled over by police, it’s best to pull over as soon as it’s safe to do so and turn off your car. However, turning your vehicle’s interior lights on at night will suggest to police you are not armed or dangerous, which will hopefully assist your police interaction. You also want to keep your hands on the steering wheel so police can see them at all times. It’s best to not reach for anything, including your license and registration, until you’re asked for something by police. At that point, it is more likely that the police will understand your movements and not perceive them to be threatening. It’s also important to understand that police can legally order you to get out of your vehicle and it’s best to comply if asked to do so. For more information about what to do when pulled over by police, read our post, Top 5 Things to Remember in a Traffic Stop.

If the police are pressuring you into a search, asking you questions, or generally hassling you, ask if you are free to go. Simply ask “Are you detaining me or am I free to go?” You should be permitted to leave right away unless police intend to detain or arrest you. Asking this question also helps to establish that you are not voluntarily interacting with the police, which may be helpful later if you end up with a court case.

Some Don’ts When Dealing with Police

Since we recommend that you remain calm and as polite as possible when dealing with police, it follows that you should not fire off statements about how you know your rights or that you know a high-powered attorney who will make the officer pay. Again, we’re trying to avoid creating a hostile situation in which the officer becomes angry, things escalate, and suddenly your safety could be in danger. And we’re also trying to minimize any damage you could inadvertently do to your court case if you wind up with one following the encounter.

Police can and may lie to you if it serves them to do so. It’s important to be aware of this and never waive any of your rights in the face of their threats or promises. DO NOT WAIVE YOUR RIGHTS. Not for any reason.

Never run from the police. This seems obvious, yet it happens too often. Running can endanger your life. It can also suggest there is probable cause that you committed a crime.

Similarly, during stop and frisks, don’t ever touch a police officer or physically resist. Touching an officer can lead to being tased, beaten, or worse. You could also be charged with felony assault. You may, however, verbally indicate you do not consent to the frisk.

Finally, while tempting sometimes, never state that you will be filing a complaint against the police officer or ask for his or her badge number. Again, it’s critical to avoid creating unnecessary tension and potential hostility. There is an appropriate way to go about reporting perceived police misconduct. We’ll explore that in another blog post soon.

For more information about your rights when dealing with the police, check out the ACLU’s publication, which further discusses stops and arrests, questioning by authorities, and searches and warrants.

Part Two of our series, Know Your Rights When Dealing with Police, looks at several key constitutional rights. Check it out to learn more!