Life As A Registered Sex Offender

Sex Offenders & The Possibility of De-Registration

When most people imagine sex offenders, they might picture violent criminals who pose a threat to their community. However, this is often not the case. Many sex offenders committed non-violent crimes, or possibly even crimes they did not know at the time were sexually offensive. These can include streaking, public urination, or soliciting a prostitute. Minors can also be required to register for offenses such as sexting, texting sexual innuendos, to another minor. In many ways, the Sex Offender Registry treats crimes like public indecency and sexual assault the same. It is unfortunately often true that offenders who are not public dangers must suffer the significant consequences of required registry. However, there is hope – some offenders are able to de-register if they meet certain requirements. 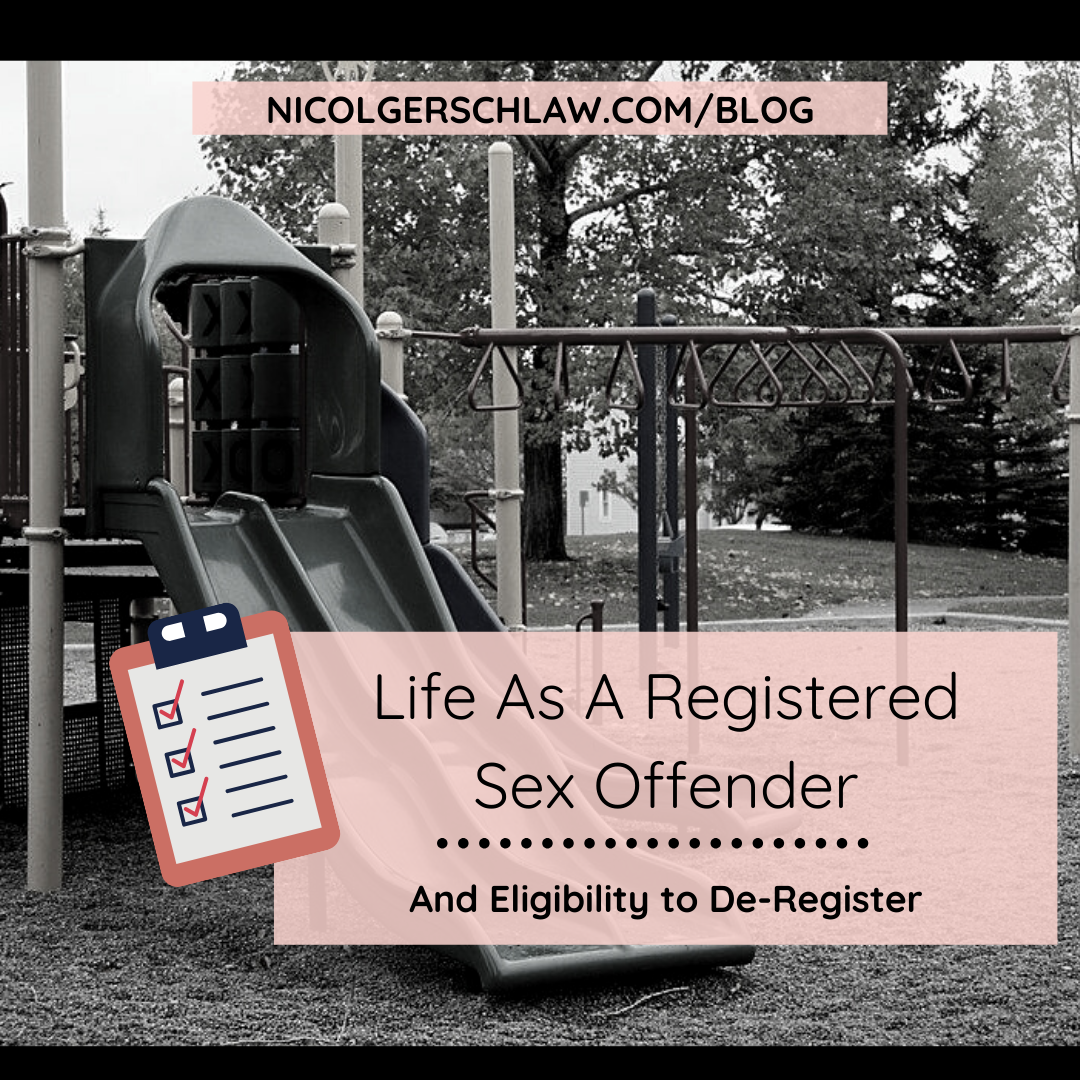 Why Must Offenders Register?

Who Must Register As A Sex Offender

Individuals who commit specific sex offenses, and/or offenses against children must register. They must re-register periodically, and also when they move residences.  There are some unexpected offenses that can also require registration, depending on what state you live in. This can include knowing or intentionally transmitting an STD, consensual sex between teenagers, possessing child pornography, soliciting a prostitute, public urination, or indecent exposure. Many of these apply to minors as well. This means that even non-violent crimes, such as streaking, or teenagers sexting, can lead to sex offender status in some states. Depending on the offense, you might be required to register for 10 years to life. You will be required to register for life if you are labeled as a sexually violent predator, or if you have been convicted of multiple sex offenses. In Colorado, to be considered a sexually violent predator, you must:

When these requirements are met, a judge will decide whether the offender should be designated a sexually violent predator.

The restrictions on sex offenders may vary based on the offense committed and location they reside. However, they are generally banned from having certain jobs, such as ones with children present, like schools and daycare centers. They must also stay a specified distance away from schools, parks, and other child-focused locations. This includes working next to these locations or taking your own children to these locations. This can also be an issue when finding a place to live, as many houses are near these areas. And even if you find a place not next to a banned area, landlords may still often deny you based on this sex offender status.

Many Registered Sex Offenders have difficulty finding jobs, and housing, which explains why many are homeless or otherwise in poverty. They also face many social barriers, and may have trouble fitting in with their community, since their registration information may be public. The difficulties sex offender status present to offenders make it more difficult, if not impossible, to reintegrate into society.

Those who are required to register also must complete treatment and supervision. In Colorado, treatment and supervision guidelines are established by the Sex Offender Management Board. Possible expectations are to take responsibility for sexually offending behavior, develop victim empathy, learning to utilize appropriate social skills, and managing thoughts and feelings. This can include supervision and monitoring through group treatment or a polygraph test.

De-Registering As A Sex Offender

Some offenders who were convicted of misdemeanors, attempted felonies, or have been given a deferred sentence, are eligible to de-register as a sex offender. You can ask the court to end your requirement to register if you meet one of these conditions:

In Colorado, you are not eligible to de-register if you:

Sexual Offender Registration can impact every area of your life. If you believe you are eligible to de-register, you should considering discussing your situation with a criminal defense attorney.

If you have questions about your eligibility status, or need legal help petitioning the court for your de-registration, consider reaching out to Colorado Lawyer Team for a free 30-minute consultation.