Can You Legally Record Police Officers?

Almost every day we see another negative news story about police misconduct. When there’s no video involved, it can be hard to tell who was in the wrong. This is especially true when dash cams or badge cams conveniently break or lose footage–or worse don’t exist to begin with due to lack of funding. Many people want to protect themselves and those around them by recording police encounters, even when the officer is doing nothing wrong. However, there is lots of conflicting information on social media. Some people say it’s your legal right to record, while others say you are interfering with police work or are invading their privacy. When it comes to recording police, here is what your rights ACTUALLY are… 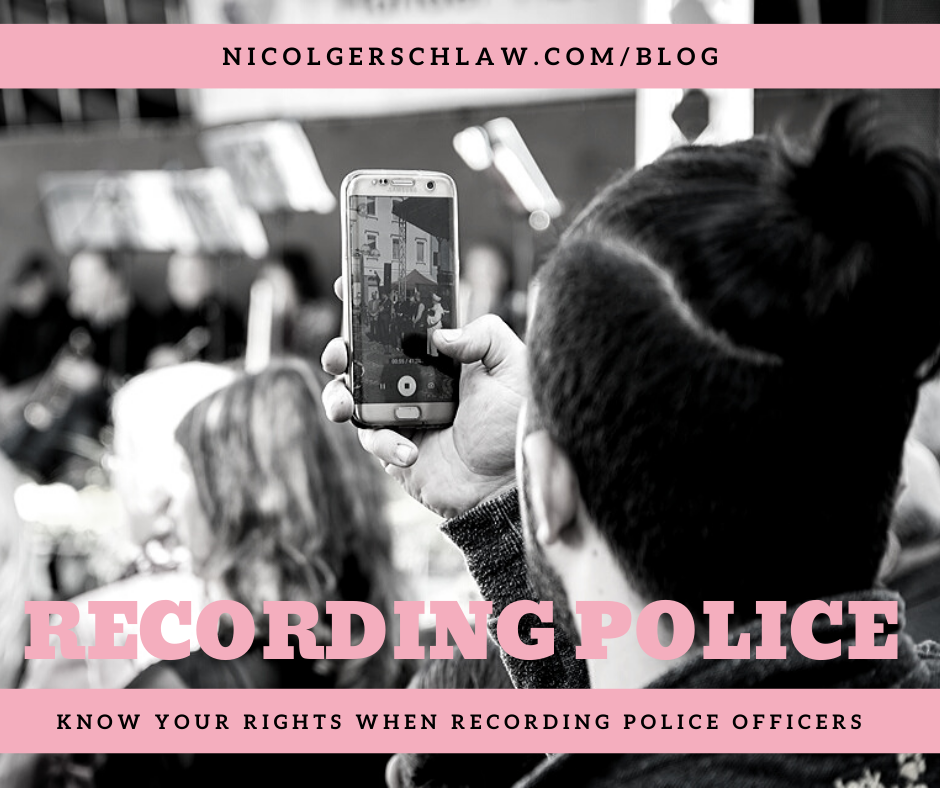 Yes, You Can Record Police (With Exceptions)

In general, courts consider recording police as your legal right under the first amendment. This is because the first amendment includes the right to freely discuss our government, freedom of the press, and public access to information. The courts have decided that freedom of the press applies to citizens just as it does professional journalists. Recording police can be a smart idea for the safety of yourselves or others. This is because it holds police accountable for what they do on duty. However, there are some right and wrong ways to go about this. Here is what not to do when recording police:

What Else To Know While Recording

So let’s say you happened to break one (or all) of these rules. Police will ask you to stop recording, and possibly arrest you. However, it is important to know they can never legally erase your photographs or video. They may not demand to view it without a warrant, and can never delete data under any circumstances. You also do NOT have to give them the access code or password to your phone or recording device. Failure to do so may result in a search warrant being issued, but it is much easier to fight an illegal warrant than the cops’ claim that you consented to the search of your property.

So basically, as long as you are calmly and openly filming from an appropriate distance, recording the police is completely legal on public property. This is different on private property, where the owner sets the rules about photography and video. Some raise the concern that recording can violate the privacy of police. However, there are hundreds of professions under constant surveillance, such as cashiers and other service industry workers. Just like every other job, police don’t maintain their right to privacy while on duty. And recording police can be beneficial, as it can uncover and deter police brutality.

Despite confusing messages, never feel discouraged to film police when witnessing a possibly dangerous encounter. However, always make sure you are open, calm, and not escalating the situation. If you have questions about your rights, consider reaching out to Colorado Lawyer Team for a free 30-minute consultation. Find more information at https://NicolGerschLaw.Com or call 970.670.0378.