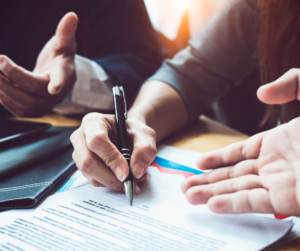 In the state of Colorado, divorcing parents can expect one of two outcomes in terms of child custody: joint custody or sole custody.

Let’s explore the differences between the two and cover several elements that a judge will take into account when evaluating the best child custody arrangement.

What is Sole Custody?

Sole custody, which is also called full custody, is a legal ruling that grants one parent the authority to make decisions on behalf of the child or children involved in the case. The children live with this parent, who is also entirely responsible for maintaining their well-being.

This arrangement is not granted very often, though. In most cases, children benefit from having close relationships with both of their parents. However, if one parent presents a threat to the child’s safety, or one parent makes little to no effort in being present in the child’s life, the other parent might be awarded sole custody.

What is Joint Custody?

Joint custody, on the other hand, is a legal agreement that grants privileges and responsibilities to both parents. Each parent typically receives equal visitation rights, and each parent has a say in the decisions made on the child’s behalf. In some joint custody situations, the child spends approximately 50% of the time with each parent.

However, this arrangement can also grant sole physical custody to one parent while still granting the other equal parental rights. For example, the child might live with one parent primarily, but spend weekends, holidays, or time after school with the other parent.

Child custody is one of the biggest considerations most divorcing parents have. If you’re in the process of your own divorce, you likely have questions when it comes to how legal decisions will be reached regarding your children.

Judges consider several points when determining child custody, such as:

Many men facing an upcoming divorce worry about whether Colorado upholds equal rights for divorced fathers, and typically, the answer is yes. Unless other circumstances influence the court’s decision-making process, each parent has equal legal standing in the case.

If you’re heading into a divorce and you’re worried about how it will affect your relationship with your children, contact an experienced family law attorney, like the team at COLaw. We will walk you through how to file for custody in Colorado, how to plan for your hearing, and how to keep your child’s best interest in mind throughout the proceedings.