Can You Get Arrested For Anti-Police or Anti-Government Comments Online?

It seems that every year, United States politics become more and more polarizing. In 2020, we have seen non-stop protests for months in certain cities. Many of these protests are regarding the Black Lives Matter movement, police brutality, and defunding the police. And with our high usage of internet and social media, especially during the pandemic, many have taken to sharing their opinions online. While that’s not necessarily a bad thing, it does come with a certain risk depending on what you are saying, and how you are saying it. In fact, you should be extra cautious of the words you are saying if you are criticizing government or police online. Additionally, you should be extra careful of making threats online, even if they are intended as empty or meaningless. 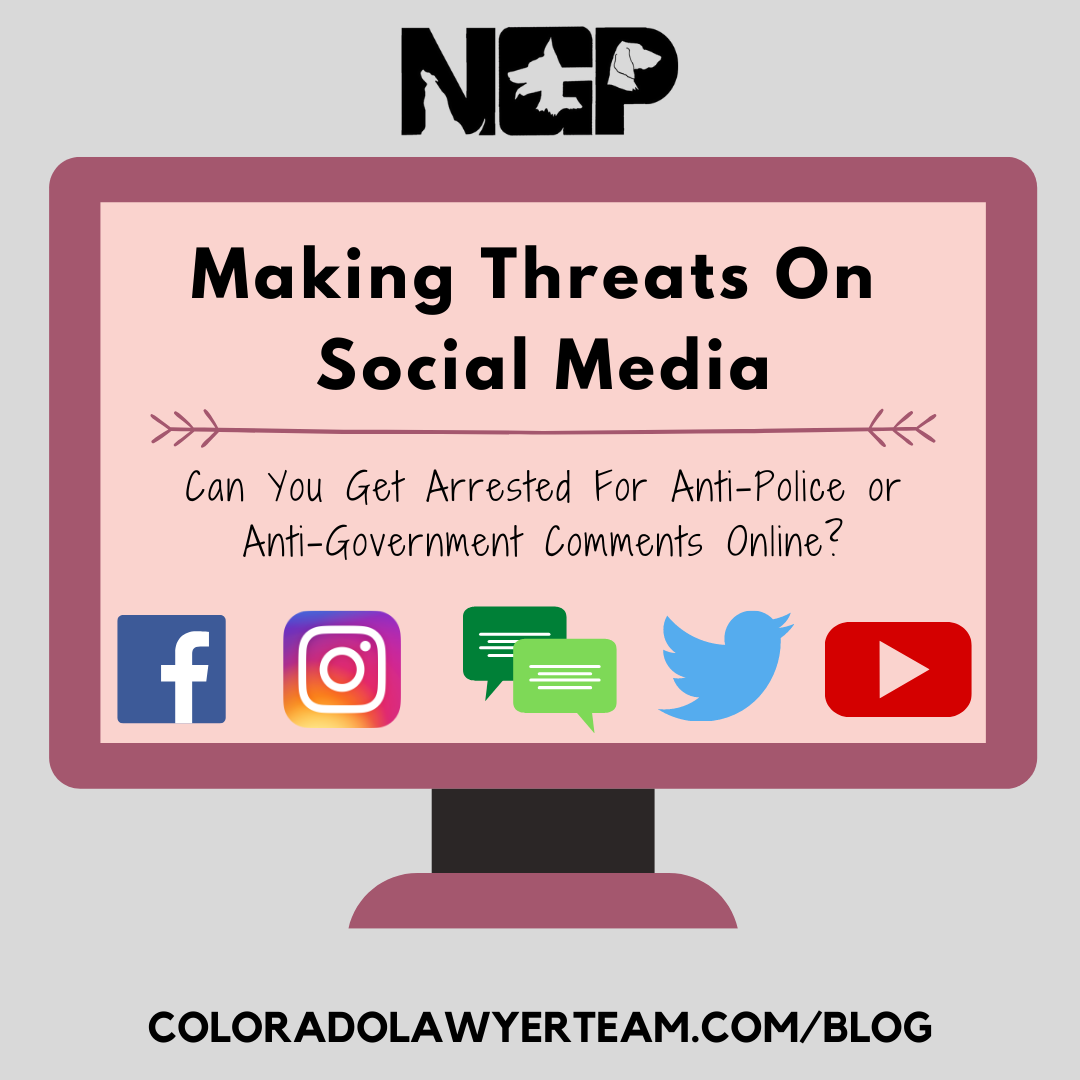 What About Free Speech?

The first amendment guarantees freedom of speech. This includes the public expression of opinions without censorship or interference by the government. However, there are limits to this right. Freedom of speech does not include:

This means that you are completely allowed to criticize your government and police online. However, do not include anything in your critique that might be considered a true threat.

Many people understand that sometimes we don’t always mean the things we say – especially if we are posting them online. Sometimes, we say things to make a point or simply because we are angry. Occasionally, these posts can contain threats on others.  If you post something about our government or police that contains a threat, it may or may not not be protected by free speech. The answer will depend on if it is considered a True Threat, or Political Hyperbole.

Political Hyperbole: A threat that a reasonable person would decipher as not an actual threat of violence. Instead, the threat may be making a point or being used as an exaggeration. In Watts v U.S. (1969), the Supreme Court ruled that a man protesting the draft by saying he would shoot President Lyndon Johnson as soon as he was issued a rifle, was not making an actual threat but instead engaging in political hyperbole. If a threat is not followed by violence, contains no evidence that violence will follow, or is generally seen as an exaggeration, it will typically be considered political hyperbole and is protected by free speech.

In 2017, Robert Peralta commented on a Facebook post that detailed a local activist mistreated by a sheriff’s deputy at city hall. Peralta commented “Wow, brother they wanna hit our general. It’s time to strike back. Let’s burn this mother******s house down.” Two months later, police issued a warrant for his arrest stating that he had threatened to kill law enforcement. Robert Peralta stated that he did not mean the post, but he was still jailed. Eventually, prosecutors agreed to dismiss the charge. In exchange, Peralta gave a presentation about responsible social media use to youth. Despite the dismissal of the case, Peralta is still dealing with repercussions such as court fees and the seizure of his phone. This is only one example of citizens posting empty threats due to anger, and facing serious repercussions because of it.

Fortunately, the 1st Amendment guarantees freedom of speech, including your right to criticize the government. However, you should be careful how you word your opinions and critique, especially online. This is especially true if you are making statements when you are angry. A threat that you feel is obviously empty or meaningless may not be interpreted that way by the government or police. To save yourself the headache, and potential fines and incarceration, be careful of what you say online – and possibly reconsider making any threats.

If you have questions about your legal rights, or need legal help, consider reaching out to Colorado Lawyer Team for a free 30-minute consultation. Find more information at https://CoLawTeam.com or call 970.670.0378.