How Normal Couples Could End Up With DV Legal Issues

Due to the rapidly spreading virus COVID-19, many of us are finding ourselves stuck inside all day. Colorado and many other states have issued a Public Health Order requiring individuals to stay at home unless performing an essential task. For more information about this Order, read our blog post Colorado During COVID-19. Some of us are delighted to lounge around the house all day, while others might be missing their favorite businesses and social activities. As people are stuck inside all day with their families, there could be a potential increase in domestic violence and child abuse cases. Some of these cases will not come from repeat or frequent abusers, but instead will occur in normal relationships due to close quarters and high tensions. 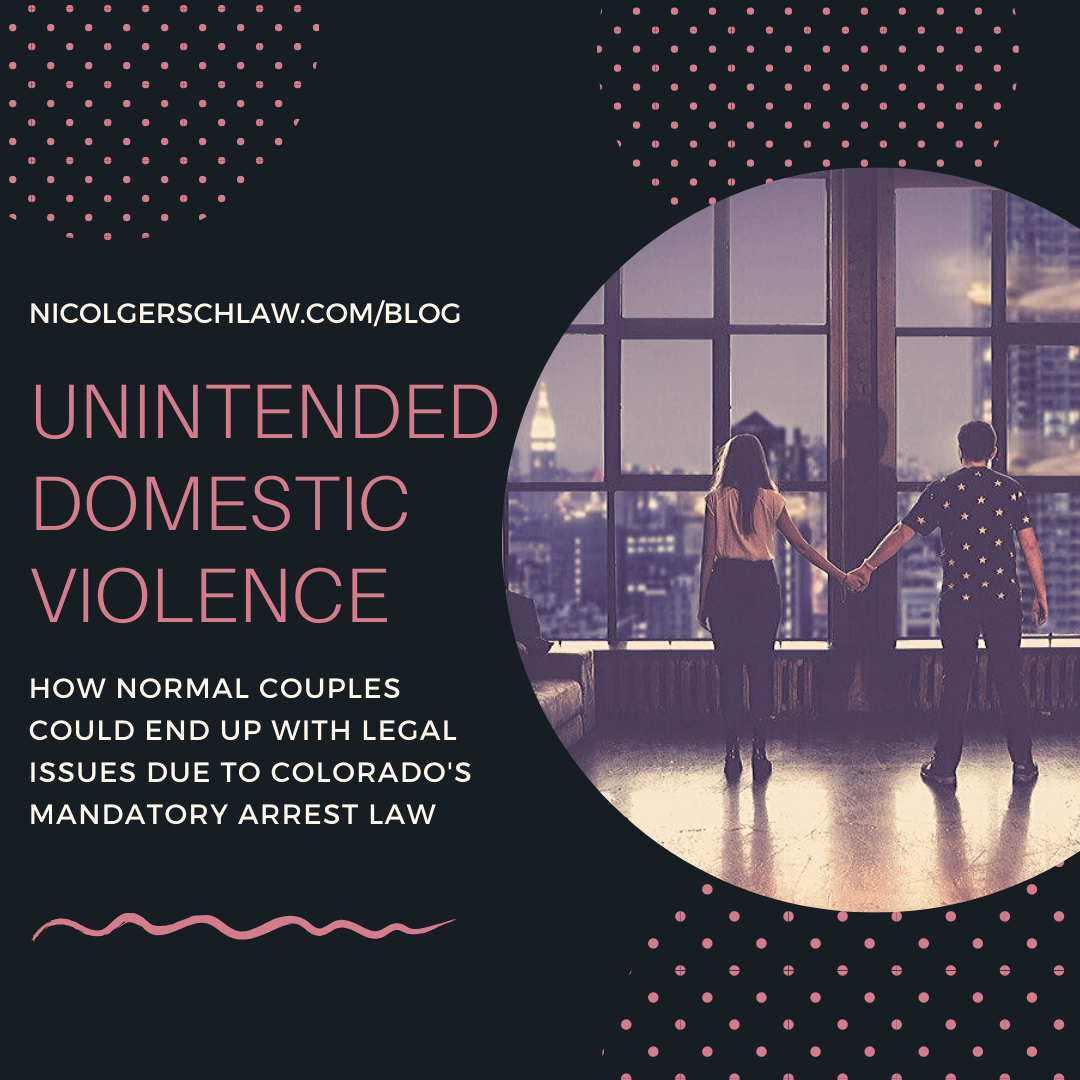 What is Domestic Violence?

The legal definition of domestic violence is an act, or threatened act, of violence against someone you are in a physical relationship with. For more information on what can qualify as domestic violence, see our blog post Understanding Domestic Violence. DV cases are often very tricky and not clear-cut. In our experience, they are rarely the one-sided, non-provoked, repeated physical violence that many of us think of as a “typical” DV situation. Here at Nicol Gersch Petterson, we’ve dealt with plenty of cases where we’ve represented the accused or the victim.  Oftentimes, the person accused of a crime can also be a victim as well!  These types of cases vary widely, from physical violence to verbal or emotional harassment. Most importantly, plenty of these cases started from typical arguments between people that got out of hand, which may become a more common situation when couples are trapped inside together.

We believe it is possible for an otherwise healthy, happy couple to end up with DV legal issues due to Colorado laws — and we’re here to help.

Why Officers Are Required To Make an Arrest

Colorado law requires a police officer to make an arrest when there is probable cause domestic violence occurred. When determining to make an arrest, officers must consider any prior complaints of DV, the injuries inflicted on each person, the likelihood of future injuries, and whether one or more of the persons acted in self-defense. While this law originated with the best intentions from our state legislature, the reality of an arrest of this magnitude has messy unintended consequences. It can lead to DV charges for seemingly insignificant actions, and can leave healthy couples dealing with chaotic legal situations. Here is a real example illustrated in the Greeley Tribune:

“A woman who found out her husband, from whom she was separated, was dating somebody else. The woman found flowers addressed to another woman in his home and threw them. The husband called the cops, and she was arrested for domestic violence. She ended up pleading guilty, not realizing the residual effect it would have on the rest of her life.”

This isn’t a particularly rare situation.  Other common examples of DV arrests include items breaking during an argument, even if unintentional.  Sadly, Colorado is one of the only states that still has a mandatory arrest law which is problematic to both law enforcement and attorneys.

If arrested for domestic violence, you will end up in the Colorado court system.  The judge will look at many factors when deciding the outcome of your case including the victim’s testimony, evidence collected from the police, the criminal history of the accused, and input by the prosecutor.  Claiming the act was accidental, particularly if it resulted in injury to another, isn’t always successful and is difficult to do on your own. Having an experienced criminal defense attorney represent you can have a significant effect on the outcome of your case.

We know how messy domestic violence cases can be, and we understand that they can be accidental or unintended. If you are in need of legal help, consider reaching out to Nicol Gersch Petterson for a free 30-minute consultation. Find more information at https://NicolGerschLaw.Com or call 970.670.0378.