The Penalty for Vandalizing Government Statues

What’s the Penalty for Vandalizing or Destroying Statues?

In recent years, we have seen many protests regarding the Black Lives Matter movement. Often, these protests are also in regards to police brutality and defunding the police. Other times, these protests are regarding our culture and necessary societal shifts. One issue that is being discussed more frequently is the prevalence of statues depicting historical figures that were slaveowners, racist, or otherwise controversial. Activists argue that these statues represent racist ideas, events, and/or people and should be taken down. Certain cities and states have disagreed, and have vowed to keep these statues standing. Some activists have taken matters into their own hands by vandalizing or destroying these statues themselves. This act can result in harsh criminal charges that may lead to fines and/or incarceration. 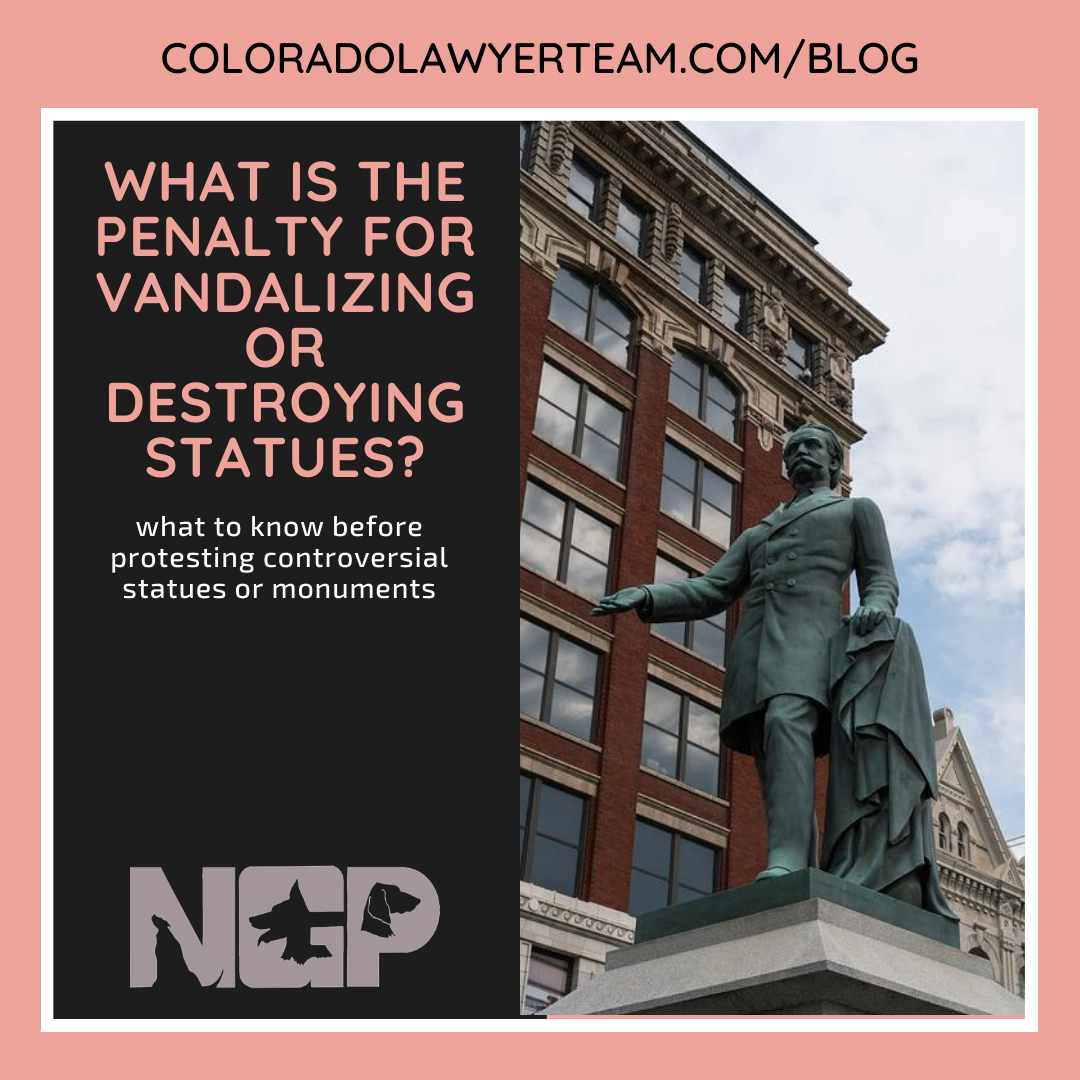 The Veterans’ Memorial Preservation and Recognition Act of 2003 states that a person who “”willfully injures or destroys, or attempts to injure or destroy, any structure, plaque, statue, or other monument on public property commemorating the service of any person or persons in the armed forces of the United States shall be fined under this title, imprisoned not more than 10 years, or both.” In short, vandalizing states or monuments honoring the military can land you up to 10 years in prison. This is important because a lot of the controversial statues include military members, such as Confederate General Robert E. Lee.

Donald Trump also passed a similar Executive Order on June 26th, 2020. The Order states the willful injury of federal property authorizes a penalty of up to 10 years imprisonment. This broadens the previous act to include statues and monuments that are not military members or military related. The Order also clarifies that federal agencies shall provide information and assistance to state and local law enforcement, related to their investigations for the destruction of monuments, memorials, and statues even if they are not on federal property. This means that even if the statue in question is not on federal property, the federal government can still get involved with the investigation.

These acts, orders, and related legislation outline strict punishment for those who vandalize or destroy statues, monuments, or memorials. Those who violate this legislation can possibly expect a hefty fine, and up to 10 years in prison.

If you are attending a protest, you should familiarize yourself with how to prepare, and what to expect. You can start by reading our blog post What To Know Before Protesting. It is also important to recognize that while you may go into a situation with no intent to vandalize property, we often make rash decisions in the heat of the moment. If you plan to vandalize property as an act of protest, or attend a protest where this might occur, it is important to familiarize yourself with the possible legal consequences of this action. Even if your motives are good, the act comes with harsh penalties and should not be taken lightly.

If you are in need of legal help, consider reaching out to Nicol Gersch Petterson for a free 30-minute consultation. Find more information at https://CoLawTeam.com or call 970.670.0378.