Criminal law is a complex field that is often difficult to navigate because of its intricacies. One aspect of the law that many have heard of but don’t know the meaning of is restitution. In this blog post, we’ll discuss what restitution is, first steps for victims, and what to do if you wish to pursue collection alone. 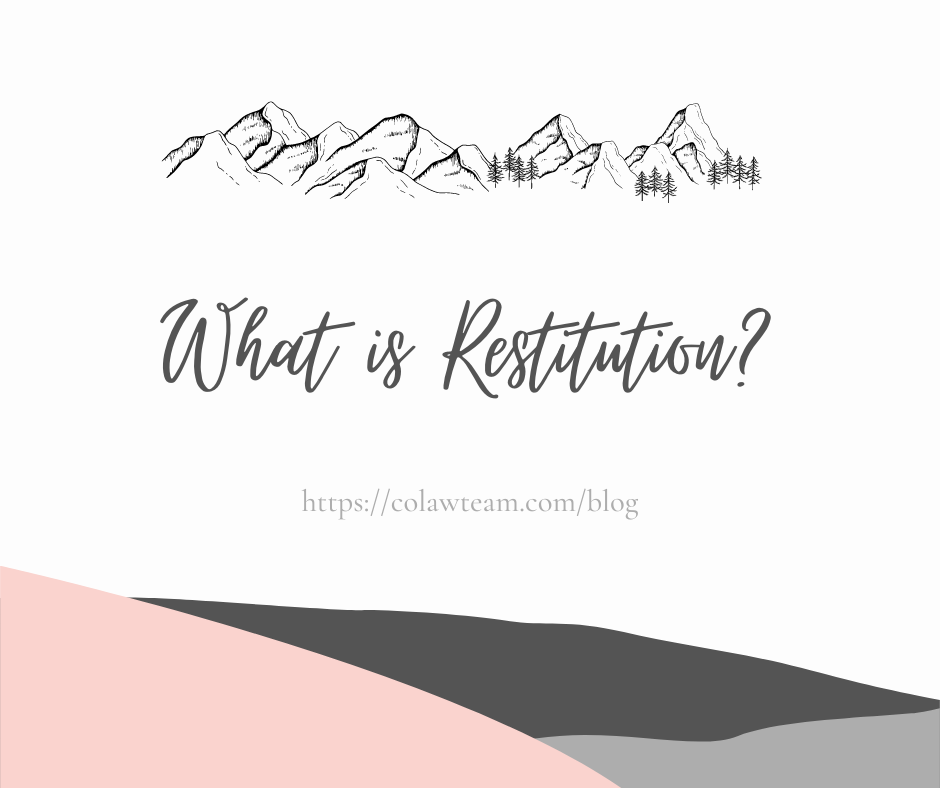 So, What is Restitution?

It’s worth noting that restitution can be involved in both criminal and civil cases. In civil law, it’s designed to help the plaintiff recover damages that are “…based on the defendant’s gain rather than the plaintiff’s loss.” In criminal law, the amount paid by a criminal is either full or partial and is ordered as part of a sentence or probation.

What Should I Do If I’m the Victim?

If you are the victim in a case and are seeking restitution, there are some things that are crucial to collecting damages. The first thing to do is keep a record of all the expenses that are directly the result of the crime. By doing this, a judge can have a better understanding of the financial impact the crime has had and use this information to better quantify the cost of restitution.

You should also fill out a Victim Impact Statement, which the Colorado Judicial Branch defines as:

“A written statement from the victim detailing how the crime has impacted them. This statement will include a section showing the financial losses of the victim due to the crime, which could ultimately be ordered by the court and recovered as restitution.”

What if I Want to Collect Restitution on My Own?

As previously mentioned, you can collect restitution in both a criminal and civil context. It’s perfectly fine to purse restitution collection in civil court. To do so, you must let the court know of your intent by submitting a written document stating that you wish to pursue restitution on your own. This document is called a “Notice of Intent to Pursue Collections by Victim” form, which must be filed with the court after filling it out. Once submitted and approved, the court will no longer try to pursue restitution from the other party. However, the Collection’s Investigator may still help victims in attempt to collect restitution.

After this, the victim can apply for these documents without any charge from the court:

To learn more about collecting restitution on your own in civil court, check out the Colorado Judicial Branch’s webpage about it here.