Women and the Law

What progressions in the field of law have been made for women? Have they been made by women? Are there any significant cases that have impacted the rights of women? In this blog post, we’ll dive into just a few laws that have affected women in the United States. 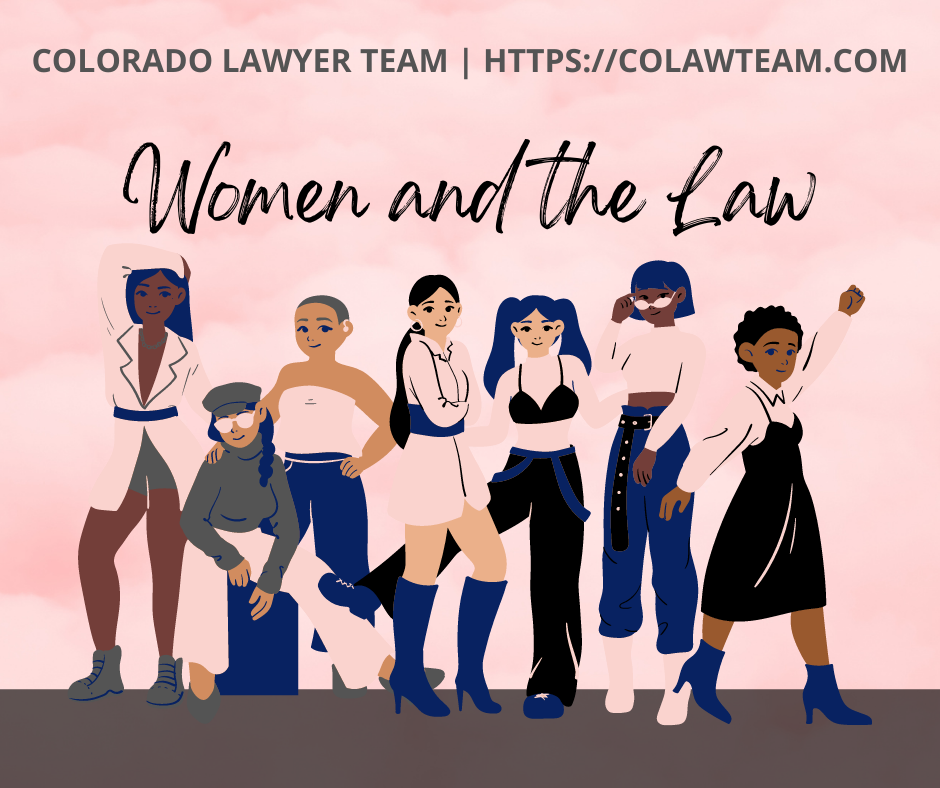 Women and the Law

Regardless of the historical context, women and the law have always been intertwined. Whether it was consulting with their husbands about should be done for the country, or directly advocating for the right to vote during the late 19th and early 20th century, we have always strived to see change enacted. Women’s rights were not developed, or even touched on, until the early 20th century when the 19th Amendment to the Constitution was passed. Since then, the push for women’s rights and equality has only grown, and this post aims to explore just a few critical advancements of women and the law.

After decades of pushing for the ability for women to vote, Congress finally passed the 19th Amendment on June 4th of 1919 ratified the amendment on August 18th, 1920. This amendment was a huge leap forward for women in the United States, and gave millions of women a voice they never had before.

So, how did this advancement come to be? Well, the effort, known as the Suffragette Movement, lasted roughly 100 years, from the 1820’s to the 1920’s. Before there were even whispers of the Civil War, movements pertaining to religion, moral reform, and anti-slavery had already begun. Unsurprisingly, many of these pushes for freedom involved women. During this time, nearly all white men in the United States could vote, but that was it.

It was in 1848 that Elizabeth Cady Stanton and Lucretia Mott to the Seneca Falls Convention. These abolitionists gathered to discuss women’s rights, or lack thereof. The group drafted their own version of the Declaration of Independence, known as the Declaration of Sentiments, outlining their disdain towards current legislation and advocating for change.

After the Civil War ended in 1865, Elizabeth Cady Stanton and Susan B. Anthony formed the National Woman Suffrage Association in 1869. However, this group was met with animosity because the 14th and 15th Amendments had just been enacted into law, and people feared that advocating for a women’s rights amendment would take away the power granted by these amendments. However, in 1890, the group expanded, creating the National American Woman Suffrage Association.

Beginning in 1910, some Western states began granting women the right to vote, Idaho and Utah being among the first. However, the South was still reserved to allow women to vote, and the commencement of WWI again slowed the movement. It was finally in 1920, after nearly a century of effort, that Congress ratified the 19th Amendment, finally allowing women the right to vote.

In this famous U.S. Supreme Court case, the Supreme Court Justices, using the Due Process Clause of the 14th Amendment, granted “the right to privacy” as a fundamental right for pregnant women who choose to have an abortion. However, “the potentiality of human life” also needed to be protected, so the court struck a balance between the opposite ends. The case was decide 7-2 in favor of Jane Roe.

It’s worth noting that Jane Roe was not the woman’s real name, but rather a fictional name used in order to protect her privacy. She filed a lawsuit against Henry Wade the Dallas County District Attorney in Texas at the time. She was directly challenging a Texas state law prohibiting a women to get an abortion unless it was to save her life.

“The right of personal privacy includes the abortion decision, but this right is not unqualified and must be considered against important state interests in regulation” – From Justice Harry A. Blackmun’s majority opinion

Jane Roe, who has since been revealed to be Norma McCorvey, was at first pro-abortion herself. However, in a 1998 interview with Larry King, she revealed that she had become pro-life. She discussed how she had actually never had an abortion, but rather had her third child adopted. The attorney handling the adoption case decided to make her the symbol of the national push to allow abortions. She revealed that she never went to any of the court proceedings and never testified either. She admitted that she would like to see Roe v. Wade overturned, but she never actively opposed abortion or lobbied any special interest groups or legislators.

Instead, she told King that she found religion and decided to open a crisis pregnancy center instead. She did fear that if Roe v. Wade was overturned, illegal clinics would arise once more. Norma McCorvey passed away on February 18th, 2017. It’s important to note that whatever side of the argument you fall on, we must acknowledge the case carried with it a monumental decision that gave women a newfound sense of freedom with regards to their bodies.