Everyone knows that criminal actions have consequences. However, some may not know that certain crimes warrant the suspension of a license and having to interact with the DMV. Whether it’s as broad as a criminal case or as narrow as a DUI, it’s important to know the consequences surrounding your license and the DMV. 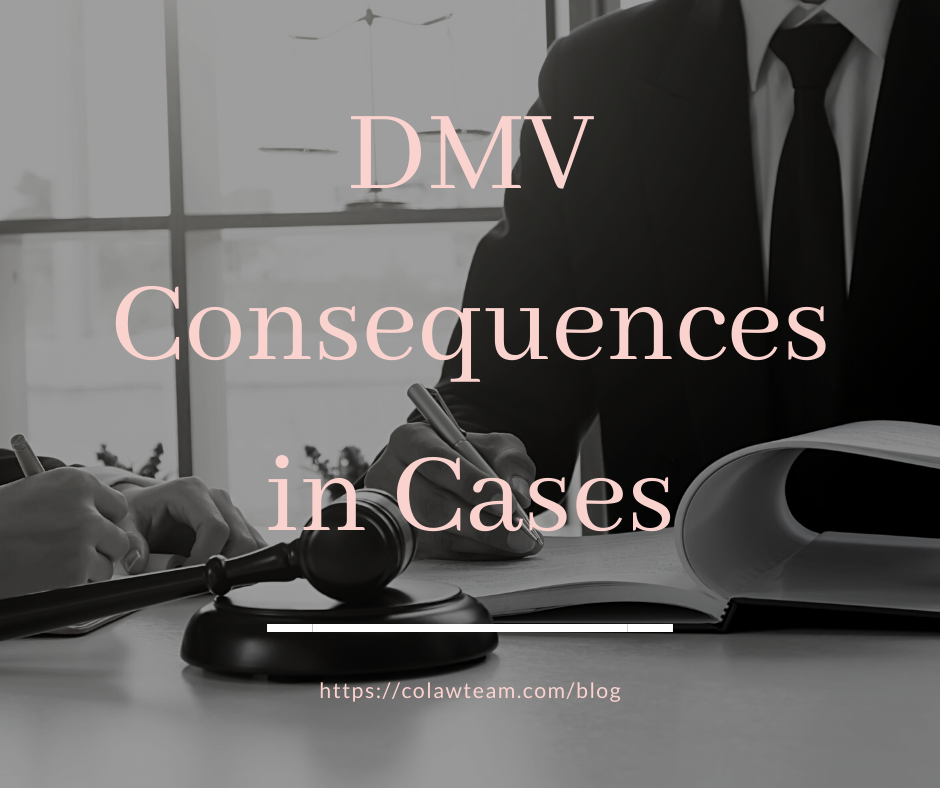 Whether or not it comes as a surprise, there are many different types of criminal cases that can affect your license. These typically revolve around DUIs, DWAIs, and Traffic Violations. Some of the most common are:

Traffic cases can be much more than a speeding ticket or running a red light. This area can include reckless driving and vehicular eluding, and all of these offenses can result in traffic violations and consequences. For example, if you earn enough points on your license, it will be suspended for a certain amount of time. However, if you don’t acquire enough points, consequences like a traffic ticket can still be burdensome, especially if the fine is quite large. In addition, some felony and misdemeanor convictions (such as motor vehicle theft) carry automatic license revocations even though they are not usually considered “moving violations.”

It’s safe to say that Driving Under the Influence and Driving While Ability Impaired types of cases have much more severe repercussions than a traffic case. As far as DMV and motor vehicle outcomes, those convicted of a DUI or DWAI can have their license revoked, a massive increase in insurance rates, and the mandatory use of an ignition interlock device in the person’s car. All of these can have extreme emotional, reputational, and financial damages, and these are only the motor vehicle related consequences. If you happen to have an out-of-state drivers’ license, it’s also likely to be revoked by alcohol or drug-related offenses in Colorado and you may have to reinstate your driving privileges using Colorado’s requirements even if they’re harsher than your home state. Keep in mind, Colorado has a rule mandating that a fourth DUI/DWAI in a lifetime is a felony with increased penalties. You’ll also have major problems sealing these offenses.

In Colorado, careless driving is considered to be driving “…in a careless and imprudent manner, without due regard for the width, grade, curves, corners, traffic, and use of the streets and highways and all other attendant circumstances….” As described in Colorado’s revised statutes, § 42-4-1402, engaging in this behavior is a class 2 misdemeanor traffic offense. If this carelessness is the reason for injuring or killing another person, then it is considered to be a class 1 misdemeanor traffic offense. Careless driving can have similar consequences to DUIs/DWAIs and traffic tickets, including fines and time in the county jail.

This type of criminal offense heavily relates to the penalties of DUIs/DWAIs and careless driving causing injury or death. The interrelationship is simply that there was a car accident (like Careless Driving) but one that is either caused by extremely bad driving (Reckless Driving) or being under the influence (DWAI/DUI). These complicating factors also complicate the penalties, and vehicular homicide and vehicular assault are felony offenses in Colorado. For vehicular homicide, penalties due to a DUI-related offense includes prison time ranging from four to twelve years as well as fines from $3000 to $750,000. For reckless driving, prison time ranges from two to six years and fines between $2000 and $500,000.

In a DMV hearing, a person’s license can be revoked, suspended, denied, or cancelled. On the Colorado Department of Revenue’s website, it lists the most common topics surrounding DMV hearings the license consequences, including:

In a drug and alcohol-related offense hearing, the hearing officer will consider:

The standard of proof in these types of cases is a preponderance of the evidence (a lower standard than in criminal court). You should always request a hearing if your license is taken as a result of a DUI/DWAI and you should do so within the standard 7 days required in order to preserve your license. Also, always request the officer’s presence, and consult an attorney as soon as possible.

With an interlock-restricted license, a person can face more DMV consequences if they violate their license by:

This is a broad category, covering many different forms of DMV violations. Some of these include:

Too many traffic tickets can lead to more points on your license, which can eventually lead to a suspended license. Depending on your age, how many points you accumulate until your license is suspended can vary. The general trend is that the younger you are, the less points it takes. Generally speaking, an adult over the age of 21 can have 11 points assessed in any one 12 month rolling period without their license being affected. The 12th will revoke your license. You can learn about this in more detail on the Colorado Department of Revenue’s website.

Overall, there are many reasons that a person’s license can be suspended, revoked, or denied. Having to deal with the stress of interacting with the DMV and trying to keep your licenses can become too much if you’re not sure how to go about your case in the best way. In order to help reduce this stress, it’s important to learn more about your type of case as well as hire an attorney to help navigate the situation.

If you are in need of criminal defense or family law help–yes even help with DMV consequences–consider reaching out to Colorado Lawyer Team for a free 30-minute consultation. Find more information at https://CoLawTeam.com or call 970.670.0378.