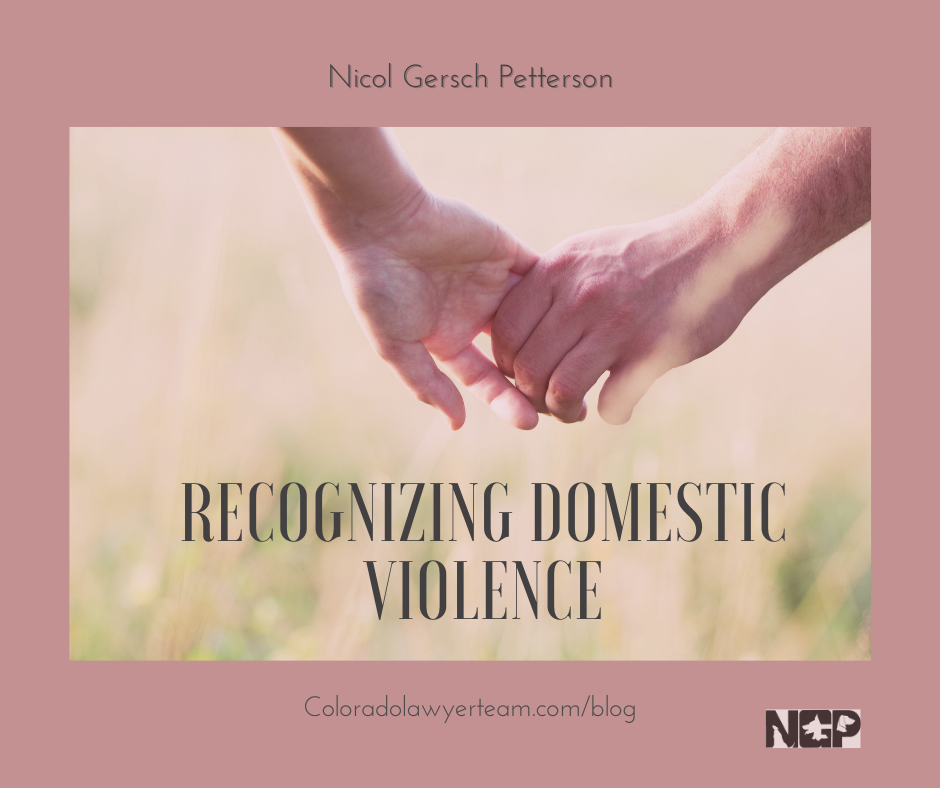 Here at Colorado Lawyer Team, we’ve dealt with hundreds of cases where we’ve represented either the accused, or the victim (and sometimes they’re one and the same). What we’ve learned is that these kinds of cases are hard, never clear-cut, and every relationship is unique. This is why we offer a case-specific approach to domestic violence cases.  Not every case mandates anger management! Not every argument got physical! Not every client needs drug or alcohol monitoring! We are not one-size-fits-all legal representation. Read on to learn more about domestic violence cases and how we might be able to help you deal with your unique situation.

The legal definition of domestic violence is an act (or threatened act) of violence against someone you are in or have been in an intimate relationship with. It also includes other types of crimes besides just violent crimes if those crimes are committed with the intent to retaliate, control, harass, etc. the intimate partner.  “Intimate partners” is defined as current or past couples & spouses, or even parents of the same child – regardless if they have ever been in a relationship. The term applies to a wide range of situations and includes more than physical violence. It can even include acts against property or animals when used to coerce, punish, or use as revenge against a partner. Overall, ANY type of case can be domestic violence if used for retaliation, control, etc. – even breaking your own marital property.

Many types of sexual abuse can be considered domestic violence if the parties involved were in an intimate relationship. This includes rape, sexual assault, harassment, and other demeaning behaviors – even posting revenge porn. Additionally, this could extend to coercion into having an abortion or not using contraception. Lastly, intentionally spreading sexually transmitted diseases or attempting to do so can be charged as a criminal offense.  Sexual abuse is also grounds for civil restraining orders.  Unlike most cases involving strangers, a sexual abuse case between partners can be harder to prove than most because consent becomes an issue.  Although a previous or past consensual sexual relationship does not automatically prove consent for the act in question, a consent defense usually has some merit.  “Consent” in Colorado is defined as, “cooperation in act or attitude pursuant to an exercise of free will and with knowledge of the nature of the act. A current or previous relationship shall not be sufficient to constitute consent… Submission under the influence of fear shall not constitute consent…”  Sexual abuse in the context of domestic violence charges is an extremely complex legal case demanding competent legal help. Reach out today if you or a loved one is facing charges for any of these types of crimes.

Financial abuse is the least obvious form of domestic violence, but like other forms relies on the element of control. This can include preventing a partner from obtaining a job or education, or withholding money for food or other necessities. When the victim is dependent on his or her partner for money, it can create a situation in which the victim is completely at the mercy of their partner, and might be unable to leave the relationship. Many domestic violence experts in Denver, Colorado will testify that financial control over someone else is a red flag indicating that domestic violence may exist within the relationship.  What’s counterintuitive though is that the absence of financial control doesn’t work in an accused’s favor unless there are no other red flags.  Power and control dynamics, as well as the cycle of violence, are common themes for these experts’ testimony.  Recognizing domestic violence as including elements of financial abuse may help you prevent a situation that constitutes domestic violence. If you’ve been charged with domestic violence and have unequal finances with your partner, it’s in your interest to contact an experienced criminal defense attorney today.

So, what if you’re mad at your partner and destroy one of his or her belongings? This could legally be considered domestic violence since it is an act of violence against property in order to punish or seek revenge against a partner. How about if you’re in a heated argument with your partner and threaten violence, even if you would never actually do it? This could legally be considered domestic violence, as even the threat alone is enough for a case. Threats of any sort can land you in hot water, and we all have said things in the heat of the moment that we regret later.  Threats paired with subsequent apologies followed by more threats and more apologies are fodder for domestic violence charges.  Beware and be warned… a good attorney can help you get out from under this kind of case, too.