Know Your Rights When Dealing With Police – Part Two

In Part One of our series, Know Your Rights When Dealing with Police, we looked at some basic dos and don’ts when interacting with police. In this Part Two of the series, we’ll look at a several of the most important constitutional rights afforded to us in the criminal context. You’ve probably heard of most of these but it’s good to really understand these rights so you can rely on them if you ever face police and a resulting criminal case. 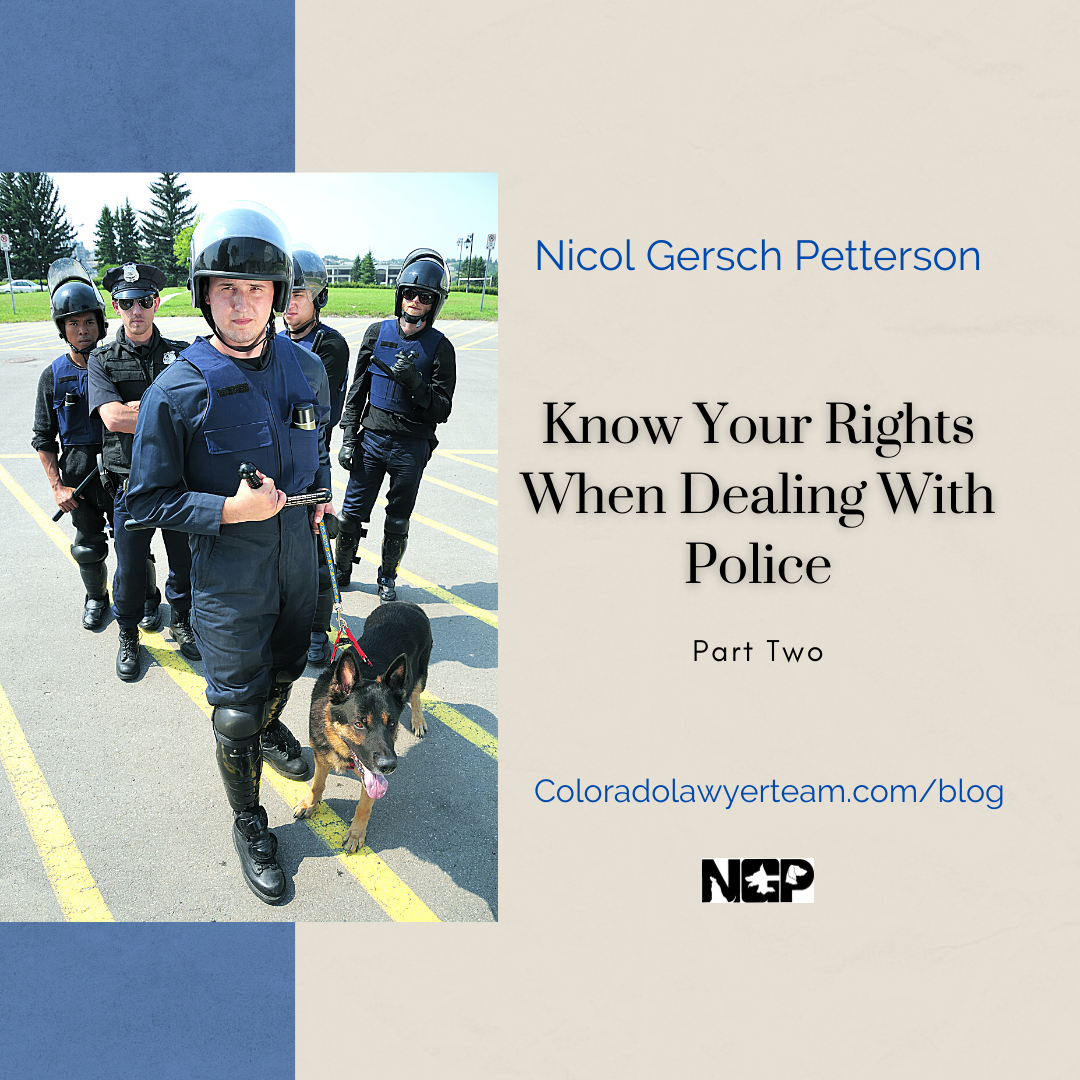 Know Your Rights Under the Fourth Amendment – Search and Seizure

The Fourth Amendment to the U.S. Constitution guarantees our right against unreasonable searches and seizures. This right enables us to refuse to consent to searches. That’s right! You do NOT need to consent to police searches as a general matter. But in order to assert this right, you must clearly state in the moment that you are not consenting to any searches. Of course, there are a couple of noteworthy exceptions to this general rule.

First, if you are pulled over by police in your vehicle and police have adequate reason to believe a crime has been committed, police may have probable cause to search your car without your consent. In this case, even if you assert you do not consent to the search, police may proceed to conduct the search which may be upheld as a legal search at a later time.

A second instance where police can proceed with a search without your consent is when they arrive at your home with a warrant issued by a judge. If police ever show up at your home, do not let them into your home unless they present you with a warrant. Without a warrant, you should step out of your home, close the door behind you, and converse with police as needed.

Refusing to a search is not evidence of guilt. There can be many other legitimate reasons for someone to not consent to a search by police. For instance, searches can be time consuming and disruptive to you and your life if they involve your home. Searches can be messy and property destruction can occur. If you’ve consented to such a search, you may not be compensated for any property damage that results from the search.

A basic exception to this recommendation is where you are asked by police to identify yourself. While you may not be legally required to identify yourself on the street, for example, it might be best to do so. This can defuse any hostility between you and the police.

Lawyer up! Under the Sixth Amendment, you are guaranteed the right to have the assistance of legal counsel for your defense. You should always ask for a lawyer if you’re being interrogated, detained, or arrested. Police should “read you your rights’ – also known as Miranda rights – when you’re being held in custody and interrogated. Sometimes this doesn’t occur though, and you should still ask for a lawyer and otherwise remain silent.

What does it mean to be in “custody”? A person is considered to be in custody if they are deprived of their freedom of action in any significant way. This is determined objectively and depends on whether a reasonable person in the individual’s shoes would not feel free to end and leave his or her encounter with police. If you’ve been placed in the back seat of a police vehicle or are being held at a police station, you are in custody. But it’s possible to be in custody in less obvious situations, too. Always ask for a lawyer and do not waive your rights.

It’s important to know these most important of your constitutional rights when dealing with police and any resulting criminal case. You can read the text of these constitutional amendments here.